Robert Pollard net worth: Robert Pollard is an American musician and singer-songwriter who has a net worth of $500 thousand dollars. Robert Pollard was born in Dayton, Ohio in October 1957. He is best known for being the leader of the indie rock band Guided by Voices. Pollard has over 1,700 songs registered with the BMI and is one of the most prolific songwriters of all time.

He was named the 78th greatest living songwriter by Paste magazine in 2006. Pollard started off in a heavy metal cover band while writing his own music. He formed Guided by Voices which produced self-financed albums. The band has over 20 official albums with many more unofficial releases. They formed in 1983 and broke up in 2004. Guided by Voices got back together in 2010 before disbanding again in 2014. Pollard has also released 20 solo studio albums. He formed the band Boston Spaceships in 2008 and released five studio albums. Pollard also worked as a fourth grade teacher for many years before Guided by Voices became successful. 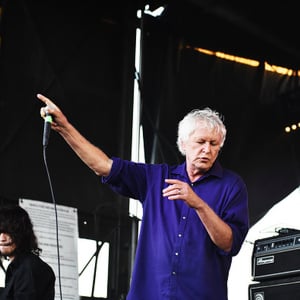