Robert Goulet Net Worth: Robert Goulet was an American singer and actor who had a net worth of $10 million. Robert Goulet was born in Lawrence, Massachusetts in November 1933 and passed away in October 2007. Goulet originated the role of Lancelot in the 1960 Broadway musical Camelot and appeared in Las Vegas frequently. As an actor Goulet debuted in the TV series Howdy Doody in 1954. He starred as David March in the TV series Blue Light in 1956. As a stage actor he appeared in many productions including Gentlemen Prefer Blondes, South Pacific, Meet Me in St. Louis, Camelot, Kiss Me, Kate, and Man of La Mancha. Goulet starred in the films Beetlejuice, Scrooged, The Naked Gun 2 ½: The Smell of Fear, and Toy Story 2. As a singer he released numerous albums and had Top 10 hits with the singles "My Love, Forgive Me (Amore, Scusami)" and "Come Back To Me, My Love". Goulet was parodied by Will Ferrell on Saturday Night Live and The Robert Goulet Memorial Mustached American of the Year Award is named in his honor. Robert Goulet passed away on October 30, 2007 at 74 years old while awaiting a lung transplant. 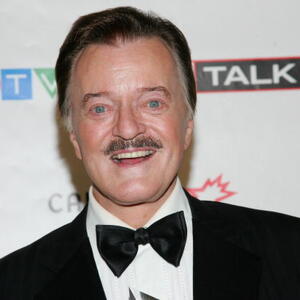