What is Robbie Robertson's Net Worth?

Robbie Robertson is a Canadian singer, songwriter, composer and producer who has a net worth of $50 million.Robbie Robertson is best known as the lead guitarist and songwriter for The Band. His writing credits for the group include "The Weight," "The Night They Drove Old Dixie Down," and "Up on Cripple Creek." Robertson has also had a successful career as a solo artist, and has worked on numerous film and television soundtracks.

Rolling Stone ranked him 59th on its of 100 greatest guitarists of all time. Bob Dylan described him as 'the only mathematical genius I've ever run into that offends intestinal nervousness with his rearguard sound.' After The Band dissolved,  Robertson embarked on a solo career and went on to produce Neil Diamond's albums, Beautiful Noise (1976) and Love at the Creek (1977).

Robertson earned full songwriting credit for The Band's most popular songs. This caused some controversy with his Band bandmates, especially Levon Helm, who thought the songwriting was a group effort. Today Robertson receives the lion's share of The Band's considerable royalties. This caused a falling out between Robbie and Levon who at one time had been close as brothers.

As a soundtrack producer he is notable for his work with director Martin Scorsese. Robbie has produced the soundtracks for dozens of movies.

In 2008, Robertson, along with The Band, received the Grammys Lifetime Achievement Awards for their outstanding contribution to the music industry.

Robbie Robertson was born as Jaime Royal Robertson on July 5, 1943 in Toronto, Ontario, Canada as the only child of James and Rosemarie. He is of Cayuga and Mohawk ancestry on his mother's side, and often traveled to the Six Nations Reserve to visit her family. There, Robertson was taught the guitar by family members, including his cousin Herb Myke. When he was a teenager, his parents separated; he was subsequently informed that his biological father was in fact a Jewish man named Alexander Klegerman who was killed in a hit-and-run accident.

At the age of 14, Robertson worked two short summer jobs with traveling carnivals. After this, he joined his first band, Little Caesar and the Consuls. In 1957, Robertson formed his own band called Robbie and the Rhythm Chords with his friend Pete Traynor; the two later changed the name to Robbie and the Robots after watching the science-fiction film "Forbidden Planet."

Breakthrough with the Hawks

Robertson's career had its biggest boost yet in 1965, when he agreed to a meeting with Bob Dylan. This led to Dylan's hiring of Levon and the Hawks as his backing band for his upcoming tour. It was during this tour that Dylan began performing on electronic instruments, causing a backlash among fans of his folk-revival sound. 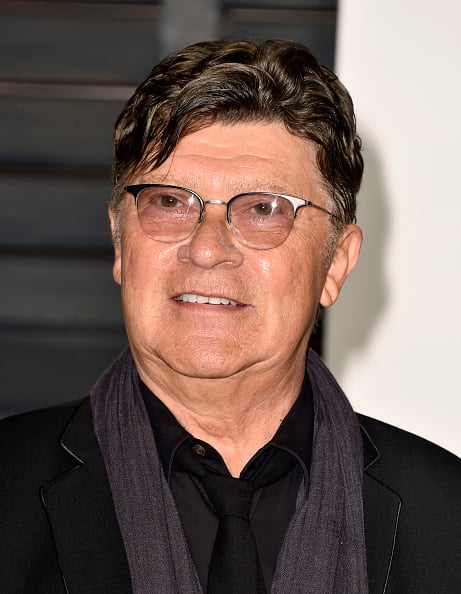 Eventually, the Hawks transformed into The Band. The group worked together at a rental house in New York that was called "Big Pink" due to its colorful exterior. There, the members of The Band recorded prolific sessions, resulting in the 1968 album "Music From Big Pink." Robertson wrote four of the album's songs: "The Weight," "Chest Fever," "Caledonia Mission," and "To Kingdom Come." In 1969, The Band rented a home in the Hollywood Hills and attempted to recreate the atmosphere of their former "Big Pink" abode. That year saw the release of its second, self-titled album, which became a commercial and critical success. Reaching number nine on the US pop charts, it spawned the famous track "The Night They Drove Old Dixie Down," which has been covered by numerous artists over the years since. Other hit singles included "Up on Cripple Creek," "Rag Mama Rag," and "Whispering Pines."

In 1970, The Band had its highest-charting album with "Stage Fright," which remained on the Billboard Top 40 for 14 weeks. This was followed in 1971 by "Cahoots," which was in turn followed by the live album "Rock of Ages" in 1972. The Band subsequently released an album of cover songs called "Moondog Matinee," and then collaborated with Dylan on his number-one 1974 album "Planet Waves." The Band's later albums include "The Basement Tapes"; "Northern Lights – Southern Cross"; "Islands"; "Jericho"; "High on the Hog"; and "Jubilation."

Robertson has collaborated frequently with filmmaker Martin Scorsese over the decades. The first, most famous collaboration was on "The Last Waltz" concert, a show held at the Winterland Ballroom in San Francisco in 1976. Recruiting a few of the greatest cinematographers in the business, Scorsese documented the event on 35mm celluloid. The resulting film, released in 1978, is considered to be among the best and most influential of all rock documentaries. Robertson continued to partner frequently with Scorsese after this; he worked in various capacities on the soundtracks to his films "Raging Bull," "The King of Comedy," "The Color of Money," "Casino," "The Departed," and "The Irishman," among others. 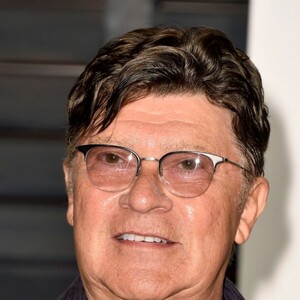