Robbie Montgomery net worth and salary: Robbie Montgomery is an American businesswoman and former backup singer who has a net worth of $12 million. Robbie Montgomery was born in St. Louis, Missouri. She began her career in the 1960s as an Ikette, the backing group for soul duo sensation Ike & Tina Turner. She also was a backup singer for a number of other artists including The Supremes, Stevie Wonder, and James Brown. However, after her lung collapsed she was forced to leave her singing career behind. She opened a restaurant called, "Sweetie Pie's" in St. Louis, Missouri, serving family soul food recipes that had been passed down for generations. The restaurant became immensely popular, and has since opened two more locations. In October of 2011, the Oprah Winfrey Network began airing a reality series about "Sweetie Pie's" which features Ms. Montgomery, and her son Tim, who is also her business partner. The series follows the family as they prepare to launch their third location, and also touches on their personal lives. Robbie Montgomery has never been married and is still searching for love at age 71, and her son has recently become a father, and is learning what that means. "Welcome to Sweetie Pie's"debuted in October 2011. 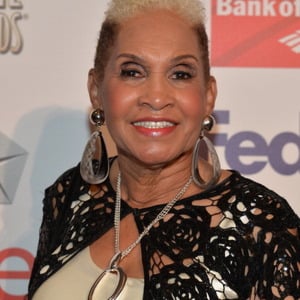