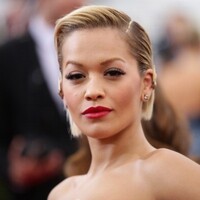 Rita Ora Net Worth: Rita Ora is a British singer-songwriter and actress who has a net worth of $30 million. Ora is one of the most successful solo female singers to come out of the United Kingdom, and she has many high-charting hits to her name. She has also experienced considerable success outside of the United Kingdom with various mainstream singles.

Outside of singing, Ora has enjoyed a semi-substantial acting career. She is also an accomplished entrepreneur who has collaborated with various fashion brands to create her own clothing lines.

Early Life: Rita Sahatçiu was born on November 26th of 1990 in Pristina, Yugoslavia (present-day Kosovo). Raised alongside two siblings by Albanian parents, her family relocated to London, England in 1991 when she was still a baby. Her parents emigrated to England because Albanians were being persecuted following the collapse of Yugoslavia.

Her last name roughly translates to "watchmaker" in Turkish, although her parents later changed the surname to "Ora" so that it could be easily pronounced by Londoners. Once Rita arrived in London, she quickly became interested in the performing arts. She began singing at a young age and attended a performing arts school in her youth.

Music Career: Rita Ora began her music career singing in pubs during open mic sessions. Although she briefly entered the Eurovision Song Contest in 2009, she quickly withdrew as she felt the contest would hinder rather than help her career. During this time, she signed with US-based record label Roc Nation and began work on her solo album.

Rita Ora broke through in 2011 after featuring on the track "Hot Right Now" by DJ Fresh. The single debuted at number one on the UK charts, and Ora began to tour in support of her upcoming debut album. Before the album was released, her singles "R.I.P." and "How We Do (Party)" topped the UK charts, elevating her to even greater fame.

In 2012, she released her debut album, "Ora." Although the album received mixed reviews, she was nominated for Best New Artist at the 2012 MTV Europe Music Awards. Throughout 2013, she continued to release more hits and announced her second album and a change in musical direction away from her "party girl" image. However, conflicts arose with her Roc Nation contract. She alleged that the label was preventing her from releasing another album, despite her having tons of material available. In the end, they settled the disagreement out of court and Rita Ora switched to Atlantic Records.

It wasn't until 2017 that she released another solo single, entitled "Your Song." In 2018, she contributed the track "For You" to the soundtrack of the film "Fifty Shades Freed." That year, she finally released her second album, "Phoenix," which featured tracks like "Let You Love Me." She followed up with tours throughout 2019. That year, she also contributed the track "Carry On" to the soundtrack of the film "Pokemon: Detective Pikachu." Although she announced a new album and started releasing singles from the upcoming release, it was pushed back indefinitely due to the Covid-19 pandemic of 2020. 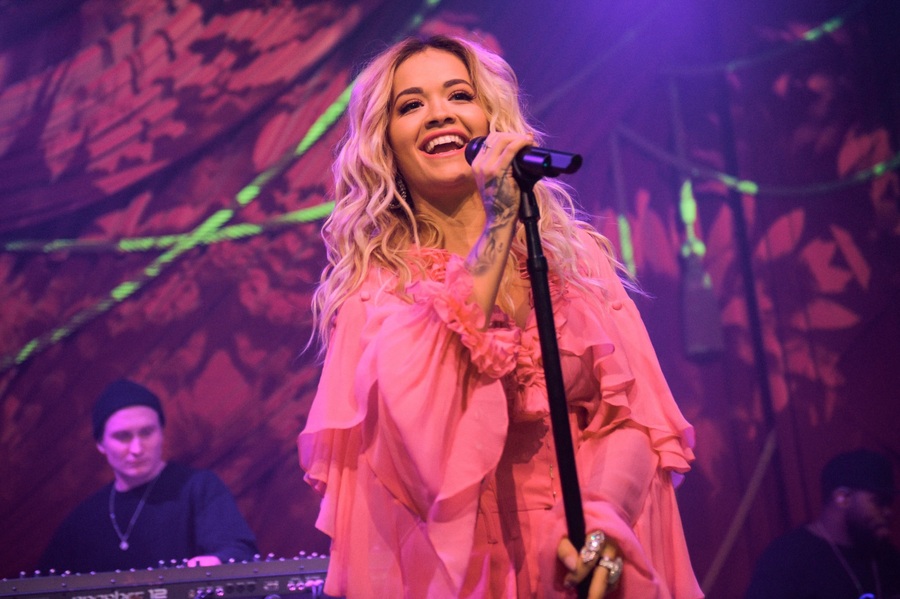 Acting Career: Rita Ora appeared in both "Fifty Shades Freed" and "Pokemon: Detective Pikachu," having also contributed to the films' soundtracks. She also appeared in TV shows such as "The Brief" and "Funny or Die." In addition, she appeared in the British film "Spivs."

Brand Endorsements: Rita Ora has supplemented her income with a number of notable brand endorsements throughout her career. In 2010, she appeared in a commercial for Skullcandy Headphones. Next year, she endorsed Calvin Klein's CK One line in a marketing campaign. In 2013, she became a spokesperson for Superga, an Italian sneaker brand. That year, she also collaborated with Madonna and became the new face for her clothing line Material Girl. Later that year, she worked with Rimmel to promote two makeup lines.

In 2014, she helped promote two clothing lines by Donna Karan while also endorsing their perfume DKNY My NY. That year, she also appeared in an ad campaign by Marks & Spencer's before ending the year with an endorsement of Roberto Cavalli's A/W release. In 2015, she appeared in ads for Coca-Cola and Samsung Galaxy. Throughout 2019, Ora collaborated with a number of German brands, including Escada, Thomas Sabo, and Deichmann.

Fashion: Rita Ora has acted as a fashion designer on more than one occasion. In 2014, she was invited to collaborate with Adidas for their Adidas Originals line. She designed a number of items for the brand, including clothing, footwear, and accessories. In 2016, she worked with the Italian brand Tezenis for an all-new, signature lingerie capsule collection.

In 2018, Rita connected with fashion designer Giuseppe Zanotti to create a capsule footwear collection. In 2019, she designed her own collection for Escada after endorsing the brand.

Personal Life: Rita Ora has strong family values and speaks fluent Albanian. Although she does not consider herself religious, her father is Muslim and her mother is Catholic. In 2015, she was named an Honorary Ambassador of Kosovo.

Real Estate: In 2014, Rita Ora gave her home in North London (which was worth 1.4 million at the time) to her parents. She revealed that her parents needed a nice place to live more than she did and that she rarely even used the lavish property anyway due to the fact that she was constantly touring. She originally purchased the property for 1.15 million pounds, although the property is worth more than 1.6 million pounds as of 2020.

In 2019, it was announced that Rita Ora had purchased a mansion in Kosovo for her parents. The property cost 1.5 million pounds, and Rita apparently gave the house to her parents to thank them for all their support over the years. The mansion will see relatively little use, as both Ora and her parents live in London full time. However, the Ora family will always have the opportunity to reconnect with their roots in their hometime of Pristina.

Also in 2019, Rita Ora spent 3.25 million pounds on a beautiful West London property in a neighborhood close to a number of other celebs, including the Beckhams. The property features a stunning roof terrace with a bar area – perfect for parties.

Rita Ora is NOT worth $145 million. In April 2014, Rita appeared on The Breakfast Club radio show and was asked whether or not she was really worth $145 million. That false number came from a parody celebrity website that we will not name here. This same website also falsely claimed that Rita owned a restaurant chain called "Fat Ora Burger", a football team called "Pristina Angels", a vodka company, a perfume and a video game. All these reports are completely false. If you look up Cuba Gooding Jr on this same parody website, his net worth is also coincidentally listed at $145 million. The site also just so happens to claim that Cuba owns a burger chain called "Fat Gooding Burger", a football team called "New York Angels", a perfume, and a fashion line. The entire website is a hoax.