What is Rita Moreno's Net Worth?

Rita Moreno is an actress, dancer, and singer who has had a career spanning more than 70 years. Rita Moreno has a net worth of $10 million. Among her notable credits are the film musicals "Singin' in the Rain," "The King and I," and "West Side Story," the latter of which earned her an Academy Award for Best Supporting Actress. Moreno is one of only a few people to have won the EGOT, which includes Emmy, Grammy, Oscar, and Tony wins.

Rita Moreno was born as Rosa Dolores Alverío Marcano on December 11, 1931 in Humacao, Puerto Rico. Her mother, Rosa María, was a seamstress, while her father, Francisco José Alverío, was a farmer. Moreno has a younger brother named Francisco. As a child, Moreno moved to New York City with her mother. Shortly after arriving, she started taking dancing lessons from a Spanish dancer. When she was 11, Moreno lent her voice to Spanish-language dubs of American movies. At the age of 13, she debuted on Broadway in "Skydrift," drawing the attention of Hollywood talent scouts. During this time, Moreno lived in Valley Stream, Long Island.

Moreno got her start in the movies during the later years of Hollywood's Golden Age. She made her debut in 1950, appearing in three movies including the MGM musicals "The Toast of New Orleans" and "Pagan Love Song." In 1952, Moreno was in Gene Kelly and Stanley Donen's musical comedy "Singin' in the Rain"; in it, she played silent film star Zelda Zanders. Moreno went on to work prolifically throughout the 50s, appearing in such films as "The Fabulous Señorita," "Fort Vengeance," "Latin Lovers," "Jivaro," "Untamed," "The Vagabond King," and "The Deerslayer," among many others. However, she was largely uncomfortable with her roles during this time, as she felt she was being typecast in stereotypical Hispanic parts. An exception was her supporting role in "The King and I" as a Burmese concubine.

Moreno landed her most famous role in 1961, when she played Anita in the big-screen adaptation of the Broadway musical "West Side Story." The film went on to win ten Academy Awards, including Best Supporting Actress for Moreno. Following this, the actress starred in "Summer and Smoke" and "Cry of Battle," and then took a self-imposed exile from Hollywood. She returned in 1969 with three films: the Marlon Brando crime film "The Night of the Following Day"; the dramedy "Popi," in which she starred opposite Alan Arkin; and the neo-noir "Marlowe," starring James Garner.

Moreno's notable credits in the 70s include "Carnal Knowledge" and "The Ritz." After only appearing in two films in the 80s, she was in such 90s films as "Age Isn't Everything," "I Like it Like That," "Angus," and "Slums of Beverly Hills." Moreno's more recent credits have included "Blue Moon," "Piñero," "Six Dance Lessons in Six Weeks," "Remember Me," and Steven Spielberg's 2021 remake of "West Side Story."

In the 50s, Moreno made appearances on such television programs as "Fireside Theatre," "China Smith," "General Electric Theater," "Cavalcade of America," "Climax!," "Father Knows Best," and "Trackdown." The following decade, her credits included "Richard Diamond, Private Detective," "Zorro," "Adventures in Paradise," "Burke's Law," and "Run for Your Life." From 1971 to 1977, Moreno had one of her most memorable roles as a main cast member on the PBS children's program "The Electric Company." In addition to bellowing the show's iconic opening line of "Hey, you guys!," she played the characters of Pandora, Otto, and Millie, among others. Also in the 70s, Moreno made a notable appearance on "The Muppet Show," earning an Emmy Award for Outstanding Individual Performance in a Variety or Music Program. In the process, she became only the third person to win an Emmy, Grammy, Oscar, and Tony, known as the EGOT. She received another Emmy the very next year for her guest-starring role on "The Rockford Files." 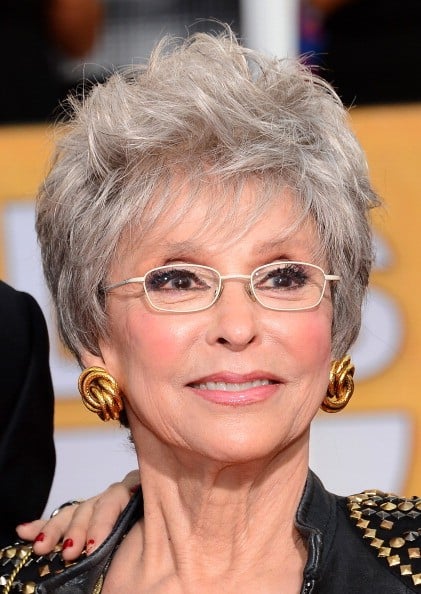 Among her credits in the 80s, Moreno was a series regular on the ABC sitcom "9 to 5," based on the film of the same name. She also made guest appearances on such shows as "The Love Boat," "The Cosby Show," "The Golden Girls," and "Miami Vice." In the 90s, Moreno continued to guest-star on numerous shows; she also lent her voice to the animated series "Where on Earth is Carmen Sandiego?," playing the titular character. Also that decade, Moreno began playing the main role of Sister Pete on the HBO prison series "Oz," which ran until 2003. Following this, she appeared in episodes of "American Family," "Strong Medicine," "The Guardian," "Law & Order," "Ugly Betty," and "In Plain Sight."

On stage, Moreno appeared in such Broadway productions as "Last of the Red Hot Lovers," "Gantry," and "The Ritz." For the latter, she won the Tony Award for Best Featured Actress. Later, Moreno was in a female version of "The Odd Couple" that played in Chicago.

In 1965, Moreno wed cardiologist Leonard Gordon, who was also her manager. The pair remained together until Gordon's passing in 2010. Together, they had a daughter named Fernanda.

On top of her EGOT, Moreno has received a plethora of honors, including multiple lifetime achievement awards. She's also the recipient of a Presidential Medal of Freedom and a Peabody Award. 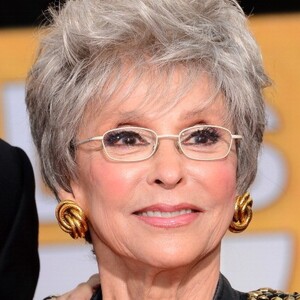