Riker Lynch net worth: Riker Lynch is an American singer-songwriter, musician, actor, and dancer who has a net worth of $2 million. Riker Lynch was born in Littleton, Colorado in November 1991. Lynch is known for playing the role of Jeff on the Fox television series Glee and being one of the lead singers and the bassist of the group R5.

As an actor he starred as Jeff in the TV series Glee from 2010 to 2013. He has appeared in episodes of the TV series Zeke and Luther, Passport to Explore, Wedding Band, and Buffering. Lynch has also starred in the movies Suicide Dolls and Lost Angeles. He is part of the band R5 with his family members Rocky, Ross, Rydel, and their friend Ratliff. The band signed with Hollywood Records in 2012 and released the EP Loud in 2013. Their debut studio album Louder was released the same year. Lynch is part of the 20th season of Dancing with the Stars in 2015 and is partnered with dancer Allison Holker. 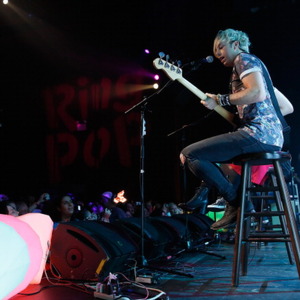