Ricky Skaggs net worth: Ricky Skaggs is an American country singer/songwriter who has a net worth of $20 million. Skaggs earned his net worth through a 53 year music career in which he won 14 Grammy Awards. Ricky Skaggs started playing a mandolin at the age of five. By the time he was seven, Skaggs made his first performance on a television show, playing with Lester Flatt and Earl Scruggs.

By the time his was a teenager, Skaggs took up music professionally with friend andlate country singer Keith Whitley performing together on radio shows. Skaggs later joined the Country Gentleman band and was quickly noted for his creativity. He performed on the band's 1975 album which is regarded as the most influential bluegrass album ever made. He became a member of Emmylou Harris' Hot Band, where he was responsible for the arrangement of Harris' 1980 album, Roses in the Snow. In the early eighties, Skaggs ventured out as a solo artist, producing a string of hits throughout the decade. In 1997, he launched his own record label, Ricky Skaggs Family Records and also set up his band, Kentucky Thunder. The band has produced 12 award-winning albums and has worked with musical talents including Tammy Sullivan, Keith Sewell and The Whites. 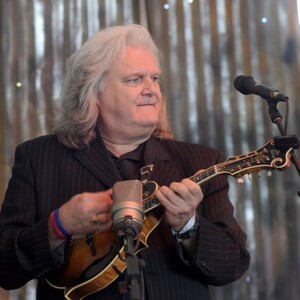