Ricky Nelson net worth: Ricky Nelson was an American actor, musician, and singer-songwriter who had a net worth of $500 thousand at the time of his death in 1985. Ricky Nelson was born in Teaneck, New Jersey in May 1940 and passed away in December 1985. He starred with his family in the television series The Adventures of Ozzie and Harriett from 1952 to 1966.

Nelson also starred in movies including Rio Bravo with John Wayne and Dean Martin for which he was nominated for a Golden Globe Award for Most Promising Newcomer – Male. As a singer Nelson had more than 50 songs on the Billboard Hot 100 chart from 1957 to 1973. His song "Poor Little Fool" was the first #1 song on the newly created Billboard Hot 100 chart. Nelson was inducted into the Rock and Roll Hall of Fame in 1987 and has a star on the Hollywood Walk of Fame at 1515 Vine Street. Ricky Nelson passed away on December 31, 1985 at 45 years old in a plane crash. At the time of his death, Ricky's estate was a mess thanks to divorce, debts and a number of other factors. It took several years to straighten the legalities out, but his estate was eventually turned around from a reported $1 million in debt to a much more solvent and profitable level. 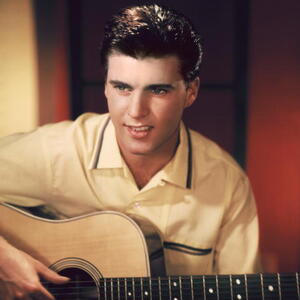