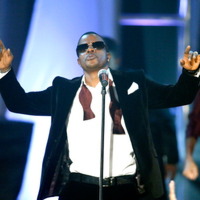 Ricky Bell net worth: Ricky Bell is an American singer who has a net worth of $15 million dollars. Born in Roxbury, Massachusetts, Ricky Bell began his professional singing career performing with childhood friend, Ralph Tresvant. The duo eventually expanded into the immensely popular quintet called, New Edition, which featured Bell, Tresvant, Michael Bivins, Ronnie DeVoe, and Bobby Brown. New Edition was wildly popular throughout the late 80s, and continued to be so, even as the group members began to focus on other projects. Ricky Bell formed the trio, Bell Biv Devoe with Michael Bivins and Ronnie DeVoe, and the spin-off group went on to become one of the most popular acts of the 90s, pioneering what became known as the "New Jack Swing" sound. Bell Biv Devoe's first album, "Poison", released in 1990, went Platinum four times. Their follow-up went Gold. They continue to perform together, but have not released another album since 2001.