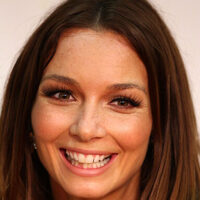 Ricki-Lee Coulter net worth: Ricki-Lee Coulter is an Australian singer, songwriter, and television and radio presenter who has a net worth of $10 million. Ricki-Lee Coulter was born in Auckland, New Zealand in November 1985. She started performing at 15 years old. Coulter auditioned for the second season of Australian Idol in 2004. She made it the finals round and finished in 7th place. Coulter signed with Shock Records and her self-titled debut studio album was released in 2005. The album reached #30 in Australia and had Top 10 Australian singles with "Hell No!" and "Sunshine". Her second studio album Brand New Day was released in 2007 and charted in Australia and Japan. The album contained Top 10 Australian hits "Can't Touch It", "Love Is All Around", and "Can't Sing a Different Song". Her third album Fear & Freedom was released in 2012 and reached #7 in Australia and #45 in Japan. Coulter's 2012 single "Do It Like That" reached #13 in Australia and #7 in Japan. Ricki-Lee was briefly a member of the girl pop group Young Divas. She was a reporter and presenter for Australian Idol seasons six and seven and received a 2009 nomination at the Logie Awards for Most Popular New Female Talent. She has been the face of the Australian clothing line Hold Me Tight and cosmetics brand CoverGirl. She has also won two Nickelodeon Australian Kids' Choice Awards. Coulter's fourth album Dance in the Rain is scheduled to be released in October 2014.