Rick Dees net worth and salary: Rick Dees is an American singer and radio host who has a net worth of $50 million. He is best-known for hosting the internationally syndicated radio show "The Rick Dees Weekly Top 40 Countdown". Rick Dees' annual salary for the show is $10 million.

Richard Osmond Dees, III, was born in Jacksonville, Florida on March 14, 1950. He began his professional career before he attended college, working at a local radio station during high school. Rick Dees graduated from the University of North Carolina-Chapel Hill with a degree in Radio, TV, and Motion Pictures. He then worked for radio stations in Raleigh and Chapel Hill, North Carolina, and in Alabama.

In 1976 he became internationally known when he recorded the hit disco track, "Disco Duck", while working at a Memphis radio station. The song reached #1 on the Billboard Hot 100 for one week in October 1976

He was soon hired to DJ in Los Angeles. It was in L.A., while working at KIIS-FM, that he became a bona-fide radio star. His show, "The Weekly Top 40", has been running successfully since the early 80s, and he has won numerous radio-related awards, including the Marconi Award and the People's Choice Award. He has also been inducted into the National Association of Broadcasters Hall of Fame, and the National Radio Hall of Fame. 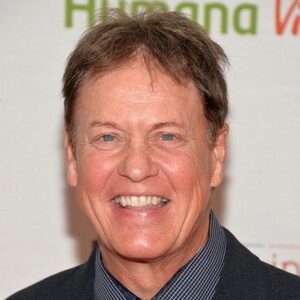