Rick Astley net worth: Rick Astley is an English singer-songwriter, musician, and radio personality who has a net worth of $16 million. Rick Astley earned his net worth through his many hit singles, his career as a musician and singer, as well as his world tour. Astley made a name for himself as a solo artist with his 1987 song, "Never Gonna Give You Up," which was a #1 hit single in 25 countries. The man, who made his career beginnings as a local band drummer, eventually turned into the only male solo artist to have his first 8 singles reach the Top 10 in the UK.

Early Life: He was born Richard Paul Astley, on February 6, 1966, Newton-le-Willows, Lancashire, England,  the fourth child in his family. His parents divorced when Rick was five and he was then raised by his father, although he remained in very close contact with his mother who lived just a few streets away from his father. After Astley found out that it was his father who kicked his mother out of the house, Astley then distanced himself from his father. He began singing at age 10 when he joined the local church choir.

During high school, Astley formed a number of local bands in which he played drums. In one of these bands was where he met guitarist David Morris. After he left school at age 16, Astley got a job during the day as a driver in his father's market gardening business and played drums on the Northern Club circuit at night in bands such as Give Way, which covered songs by the Beatles and Shadows, and FBI, a soul band that won several local talent competitions.

Career: Astley was still performing as a drummer in 1985 with FBI in 1985 with David Morris on guitar. They were a well-known act locally and wrote and performed their own music. After FBI's lead singer left the band and Morris left to concentrate on a career in hairdressing, Astley decided to be the lead vocalist. This is when he gained attention from record producer Pete Waterman, who persuaded him to come to London to work at the Pete Waterman Limited recording studio with RCA Records to publish his records. Through that process, Astley was taught the ins and outs of the recording process and was groomed for his future career, supposedly starting off his career as the recording studio "tea boy," or gofer.

Astley's first single was the little-known "When You Gunna," which was released as a collaboration with Lisa Carter and received little promotion. The song failed to chart. His first solo offering was a grand slam: "Never Gonna Give You Up," recorded on New Year's Day in 1987 and released eight months later. It was Astley's distinctively deep and rich voice combined with dance-pop that made the song an instant hit. It spent five weeks at the top of the British charts and became the year's highest-selling single. It was a worldwide number one hit as well, topping the charts in 24 other countries including the U.S. The song also won the Best British Single in 1988 at the BRIT Awards and he performed it in front of a global audience of 100 million. The song was just the first of 13 worldwide top 30 hit singles for him. 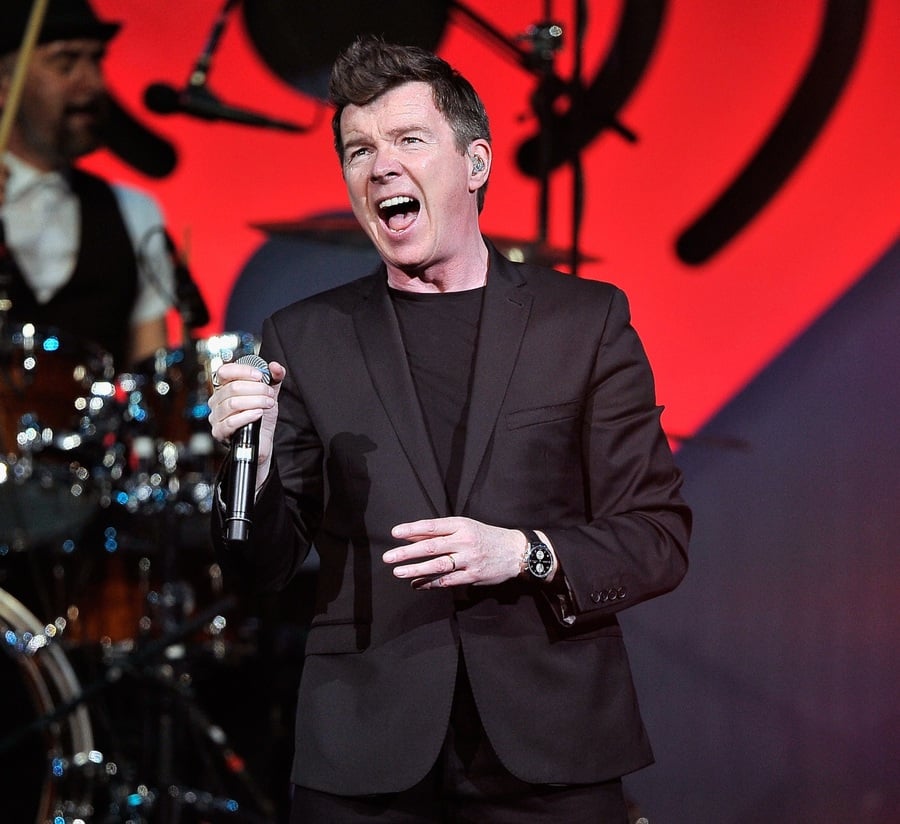 Astley's next single was "Whenever You Need Somebody," released in October of that year. It became a successful European hit and reached No. 1 in seven countries and No. 3 in the U.K. The song was not released in North America. His album "Whenever You Need Somebody" was released in November 1987 and contained four tracks written by Astley. The album reached No. 1 in the UK and Australia and No. 10 in the States. It was certified 4x platinum in the UK and Canada and 2x platinum in the U.S. The album sold 15.2 million copies worldwide, making Astley the top-selling British act of the year.

In December 1987, he released a cover version of the Nat King Cole classic "When I Fall in Love," which was a closely fought contest for UK Christmas No. 1. The song peaked in the UK at No. 2 for two weeks. The B side for the record was a dance number called "My Arms Keep Missing You," which was a hit in mainland Europe.

When his fourth single Together Forever (1988) followed Never Gonna Give You Up to #1, he also became the first artist in the 80s to top US charts with his two first singles, as well as the most played US club act with a top-selling 12-inch record. Another success followed with his successful 1991 album Free, which included guest appearances from Elton John and Mark King. Even though he had only four studio albums behind and was 27 years old, Astley decided that family life was more important and announced his early retirement in 1993. After his lengthy hiatus, he got back to the music stage with two more studio releases, Keep It Turned On and Portrait, in 2001 and 2005 respectively. But it was in 2007 when he became an Internet phenomenon, as his Never Gonna Give You Up video became part of a popular Internet meme known as Rickrolling. Subsequently, Internet users voted him "Best Act Ever" at the MTV Europe Music Awards 2008.

Personal Life: As for his off-stage life, Astley is married to Lene Bausager, with whom has one daughter, Emilie, born in 1992. 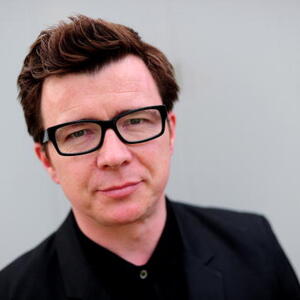