Richard Thompson Net Worth: Richard Thompson is a British songwriter and musician who has a net worth of $10 million. Richard Thompson was born in Notting Hill Gate, London, England in April 1949. In high school he formed the band Emil and the Detectives. At 18 years old he started playing with the band Fairport Convention.

The band has been regarded as the most important group in the English folk rock movement. He left the band in 1971 and released his debut solo studio album Henry the Human Fly in 1972. The same year he married singer Linda Peters. In 1973 Richard and Linda Thompson released their first album I Want to See the Bright Lights Tonight. They recorded two more albums but then Richard chose to leave the music business. He did return to music and wrote songs for many artists. In 1991 he received the Orville H. Gibson award for best acoustic guitar player. He also won an Ivor Novello Award for songwriting and a lifetime achievement award from BBC Radio. Thompson wrote songs that were recorded by R.E.M., Bonnie Raitt, Elvis Costello, Nanci Griffith, The Pointer Sisters, Los Lobos, Dinosaur Jr., David Byrne, and The Blind Boys of Alabama. He was appointed Officer of the Order of the British empire in 2011 and in the same year he was awarded an honorary doctorate from the University of Aberdeen. He has released over 20 albums under his own name and many more as collaborations. 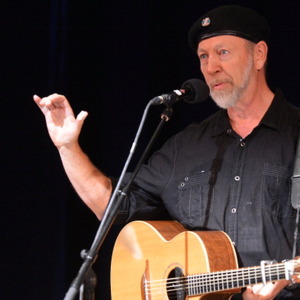