How much is Richard Fairbrass Worth?

Richard Fairbrass net worth: Richard Fairbrass is an English singer, bassist, and television presenter who has a net worth of $5 million. Richard Fairbrass was born in Kingston upon Thames, Surrey, England in September 1953. He is best known for being the lead singer of the group Right Said Fred. Right Said Fred was formed in 1989 by brothers Fred and Richard Fairbrass and guitarist Rob Manzoli joined in 1990. The group released their debut studio album Up in 1992 which reached #1 in the UK and in Austria. They also released the albums Sex and Travel in 1993, Smashing! in 1996, Fredhead in 2001, Stand Up in 2002, For Sale in 2006, I'm a Celebrity in 2008, and Stop the World in 2011. The group is best known for their hit single "I'm Too Sexy" which reached #1 in Australia, Austria, Ireland, New Zealand, and the United States. Right Said Fred also had success with the singles "Don't Talk Just Kiss", "Deeply Dippy", "Those Simple Things/Daydream", "Bumped", and "You're My Mate". In 1991 Fairbrass came out as bisexual. 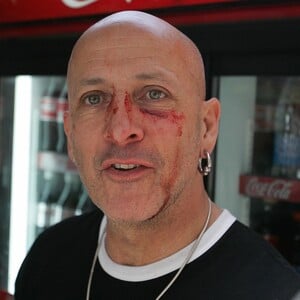