Richard Christy Net Worth and salary: Richard Christy is an American musician and radio personality who has a net worth of $200 thousand and annual salary of $75,000. Born Thomas Richard Christy on April 1, 1974, in Fort Scott, Kansas, US, he currently works on The Howard Stern Show. Christy first got the desire to play drums after hearing Alex Van Halen's drumming in the Van Halen song Hot for Teacher.

At age 10, he joined the Uniontown, Kansas elementary school band as a drummer. After school, Christy regularly practiced to hard rock bands like Van Halen, Twisted Sister, Kiss and Quiet Riot records, all trying to hone his skills as much as possible. In more recent years, Christy has played drums for deathgrind band Caninus, after which he re-entered the heavy metal scene, forming a new band Charred Walls of the Damned. Their first track, Ghost Town saw its premiere on The Howard Stern Show in November 2009. As for Christy's debut on the show, it did not take place until April 24, 2003, when the The Howard Stern Show would broadcast from the Hard Rock Hotel and Casino in Las Vegas. However, his regular appearance on the show came after winning the "Get John's Job" contest on July 1, 2004. A year later, Christy landed his own show airing semi-regularly throughout the year. There, he gained popularity for the prank calls, song parodies, personality, and stunts he performed on the ether. While as a stand-up comic and actor, he both appeared and directed several independent films. His voice has also been heard on various animated programs for the Adult Swim programming block, such as Metalocalypse and Rick and Morty, as well as the Cartoon Network series Uncle Grandpa. In 2017, Christy was seen in a cameo appearance in the Marvel film Guardians of the Galaxy Vol. 2, playing the character "Down There." 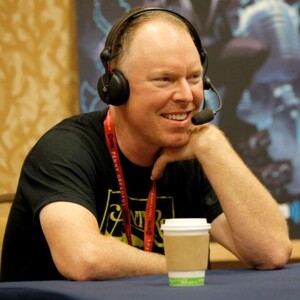