What is Richard Carpenter's Net Worth?

Richard Carpenter is an American singer, songwriter and musician who has a net worth of $14 million. Richard Carpenter is best known for being one half of the music duo the Carpenters alongside his sister Karen Carpenter. Together, the pair had major success throughout the 70s with such hit singles as "(They Long to Be) Close to You," "We've Only Just Begun," and "Top of the World." Carpenter performed many roles during this time, including as record producer, pianist, composer, and arranger. Karen Carpenter passed away in 1983. Richard went on to release two solo albums. He has continued to record and also produces documentaries.

Richard Carpenter was born on October 15, 1946 in New Haven, Connecticut to Agnes and Harold. His sister Karen was born three-and-a-half years later. The children were baptized into the United Methodist Church and were members of the Methodist Youth Ministry. While his sister played baseball outside, Carpenter honed his piano-playing skills inside, eventually becoming a prodigy on the instrument. Inspired by his father's record collection, which included works by such artists as Ella Fitzgerald and Perry Como, Carpenter decided he wanted to pursue a career in the music industry. With a pair of friends, he formed a band and played at a local pizza joint.

In 1963, Carpenter moved with his family to Downey, California. There, he went to Downey High School. Following his graduation, Carpenter attended California State University, Long Beach as a music major. At the school, he was taught by choirmaster Frank Pooler, who would later collaborate with him and his sister in a professional capacity.

In 1965, Carpenter, his sister Karen, and his friend Wes Jacobs formed the Richard Carpenter Trio. Richard played the piano, Karen the drums, and Wes the bass and tuba. The band went on to compete in the Hollywood Bowl Battle of the Bands in 1966, winning the competition. Following this, the Richard Carpenter Trio recorded three songs at RCA Studios: "Every Little Thing," "Iced Tea," and "Strangers in the Night."

Carpenter's next music group was Spectrum, which included him, his sister, and four student musicians from California State University, Long Beach. The band performed at a number of nightclubs in the Los Angeles area. Following this, Carpenter formed the band Summerchimes. 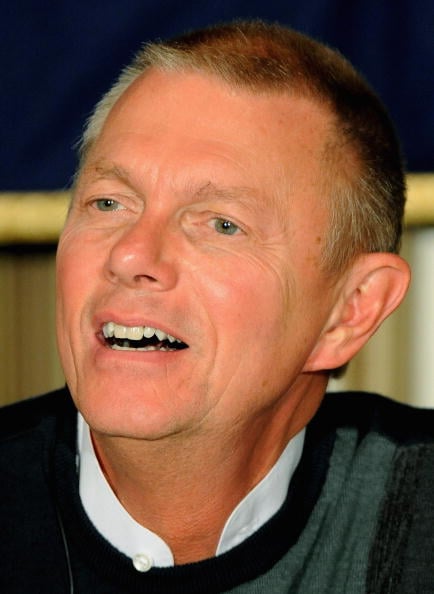 Along with his sister Karen, Carpenter signed to A&M Records in 1969 as the music duo the Carpenters. He served as an arranger and instrumentalist, while his sister provided vocals and also played the drums for a while. The Carpenters went on to release their debut studio album, originally called "Offering"; it was later retitled "Ticket to Ride" after the duo's cover of the eponymous Beatles song, which was the album's only minor hit. Far more successful was the Carpenters' second album, 1970's "Close to You," which made it to number two on the Billboard 200. Moreover, it spawned the hit singles "(They Long to Be) Close to You" and "We've Only Just Begun," which peaked at number one and number two, respectively. "Close to You" went on to receive eight Grammy Award nominations, winning two. The Carpenters continued their success with their self-titled third album, which included the hit singles "For All We Know," "Rainy Days and Mondays," and "Superstar." This album was followed in 1972 by "A Song for You," which spawned the number-one hit "Top of the World."

The Carpenters released their fifth studio album, "Now & Then," in 1973. Two years later, they released "Horizon," which was their first album that failed to crack the top five in the United States. However, it reached number one in the United Kingdom and Japan. Next came "A Kind of Hush," which was recorded as Carpenter was struggling with an addiction to Quaaludes. Because of this, the band often had to cancel tour dates; by 1978, they stopped touring entirely. Despite this, the Carpenters released three further albums: "Passage," "Christmas Portrait," and "Made in America." Four albums were also released following Karen's passing: "Voice of the Heart," "An Old-Fashioned Christmas," "Loveliness," and "As Time Goes By."

During their careers, both Carpenter siblings struggled mightily with their mental health. While Karen was dealing with anorexia nervosa in the late 70s, Richard was suffering from depression, insomnia, and panic attacks. Because of this, he began taking the prescription sedative Quaalude, to which he soon developed an addiction. In early 1979, a semi-comatose Carpenter fell down a flight of stairs; he subsequently decided to address his addiction problem by entering a six-week treatment program in Topeka, Kansas. This ultimately helped him, and he was able to go clean from Quaaludes.

In 1983, Carpenter's sister passed away from complications relating to her anorexia nervosa. He took some time off, and returned to recording in 1986 to embark on a solo career. The following year, Carpenter released his debut solo album, "Time," featuring lead vocals from such artists as Dionne Warwick, Scott Grimes, and Dusty Springfield. One of the album's tracks, "When Time Was All We Had," was created by Carpenter in homage to his sister.

Carpenter's next release came in 1989, when he produced, arranged, and performed on the eponymous debut album of Scott Grimes. Later, in 1996, he released "Richard Carpenter: Pianist, Arranger, Composer, Conductor," which features reworkings of various hit songs by the Carpenters.

Carpenter wed his adopted cousin, Mary Rudolph, in 1984. Together, they have five children: Kristi, Traci, Mindi, Collin, and Taylor. The family lives in Thousand Oaks, California.

In 1994 Richard and his wife paid $600 thousand for a plot of land in Thousand Oaks, California. They proceeded to build a 10,000 square-foot, 6-bedroom home. Construction was completed in 2000. Today this home is likely worth $6 – 8 million. 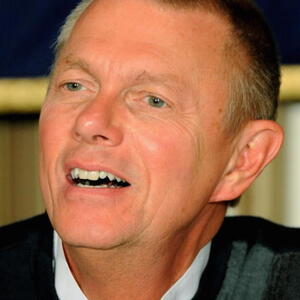