Ricardo Montaner Net Worth: Ricardo Montaner is an Argentine-born Venezuelan singer and songwriter who has a net worth of $40 million. Ricardo Montaner was born in Valentin Alsina, Buenos Aries Province, Argentina in September 1957. He sang in the church chorus as a youth and first performed at a festival in Peru.

Montaner's first LP named Mares was recorded in 1978. He gained some popularity with the song "Murallas". His debut studio album Cada Dia was released in 1983. The singles "Vamos a Dejarlo" and "Yo Que Te Ame" in 1987 made him widely popular in Venezuela. As an actor he appeared in the TV series Cantando por un sueno in 2006 and Casi angeles in 2009. He was also an executive producer for the film Muchaco Solitario in 1999. He has also appeared as a coach on La Voz Colombia in 2012 and La Voz Colombia 2 in 2013. Montaner has released a total of 20 albums. He has sold more than 22 million records worldwide. Ricardo is married to Marlene Rodrigo Miranda. He has a total of five children who have all been involved in musical projects. 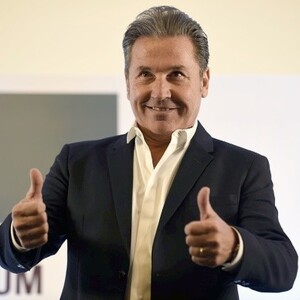