Rhonda Vincent net worth: Rhonda Vincent is an American bluegrass singer, songwriter, and musician who has a net worth of $3 million. Rhonda's band, The Rage, have won more musical awards than any other bluegrass band in history with one Grammy and 19 IBMA Awards.

Rhonda Vincent was born in Greentop, Missouri in July 1962. She was called "the new Queen of Bluegrass" by The Wall Street Journal in 2000. Vincent plays mandolin, guitar, and fiddle. She first sang in her family band The Sally Mountain Show as a child. Her debut studio album A Dream Come True was released in 1990. Vincent has released 18 studio albums including All American Bluegrass Girl, Good Thing Going, Taken, Sunday Mornin' Singin', and Only Me which all reached #1 on the US Bluegrass chart. She has been a guest vocalist for many artists including Alan Jackson, Dolly Parton, Joe Diffie, and Tanya Tucker. Vincent has won several awards and has been nominated for five Grammy Awards. 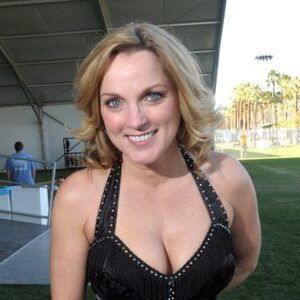