Rhett Akins net worth: Rhett Akins is an American singer and songwriter who has a net worth of $10 million. Rhett Akins was born in Valdosta, Georgia in October 1969. He is a country music artist who released his debut studio album A Thousand Memories in 1995. Akins' second album Somebody new was released in 1995 and reached #2 on the US Heatseekers chart and #13 on the US Country chart. Akins released the albums What Livin's All About in 1998, Friday Night in Dixie in 2002, People Like Me in 2007, and Down South in 2008. His best known hit "Don't Get Me Started" reached #1 on the US Country chart. Akins has also had hits with the singles "That Ain't My Truck", "She Said Yes", and "Drivin' My Life Away". As an actor he starred in the title role of the 2000 direct-to-video film Tom Sawyer. Rhett's son Thomas Rhett is a country singer and Rhett Akins is part of a songwriting team called The Peach Pickers. 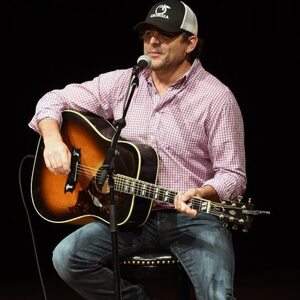