Renee Fleming net worth: Renee Fleming is an American soprano who has a net worth of $12 million dollars. Renee Fleming was born in Indiana, Pennsylvania. She grew up in Rochester, New York, and went on to study voice at the Crane School of Music at the State University of New York at Potsdam.

She then earned her graduate degree in voice from Eastman School of Music. She was the recipient of a Fulbright Scholarship, which allowed her to perform and study in Europe. Then she returned to New York to earn another graduate degree at the Juilliard School. She supported herself singing jazz at area clubs. She first made a name for herself singing with small opera companies in and around New York. This led to her winning the Metropolitan Opera Auditions in 1988. It was only up from there. She has since gone on to sing with such companies as Houston Grand Opera, the Seattle Opera, the San Francisco Opera, and with the Metropolitan Opera. She has also performed at the Spoleto Festival, at Tanglewood, and at Carnegie Hall. She is one of the most successful opera singers working today, and has released multiple successful albums. On February 2, 2014, Renee Fleming was the first Opera singer to ever sing the National Anthem at The Super Bowl. 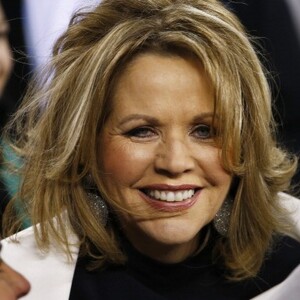