Regina Spektor net worth: Regina Spektor is a Russian-born American singer-songwriter and pianist who has a net worth of $12 million. Regina Spektor first became famous thanks to her early performances in the anti-folk scene in downtown New York City. She often performed as part of a duo with drummer Anders Griffen, and most importantly at the East Village's Sidewalk Cafe, and several other hot spots including: the Living Room, Tonic, Fez, the Knitting Factory, and CB's Gallery. She also performed at local colleges including Sarah Lawrence College along with other musicians, such as the Trachtenburg Family Slideshow Players. During this time she sold self-published CDs at her performances. In 2004, she released her third album Soviet Kitsch after signing a deal with Warner Brothers' record label Sire Records to distribute the album that was originally self-released in 2003. Spektor was born in Moscow, USSR on February 18, 1980, to a musical family of Russian Jewish descent. Ilya Spektor, her father is a photographer and amateur violinist, and Bella Spektor, her mother was a music professor in a Russian college of music and now teaches elementary school in a Mount Vernon, New York, public school. Regina has one brother Barry who is nick-named Bear; during the period of Perestroika she and her family left Russia. Eventually the family moved to The Bronx, after being admitted to the United States as refugees, with help from HIAS (the Hebrew Immigrant Aid Society). She studied classical piano in New York with a professor at the Manhattan School of Music, Sonia Vargas, until she was 17. Spektor was originally interested only in classical music however; she later became interested in hip-hop, rock and punk. After she was exposed to songs written by Joni Mitchell and Ani DiFranco, she became confident that she too could write songs. At the young age of 16 she wrote her first a cappella songs and her first songs for voice and piano when she was almost 18. 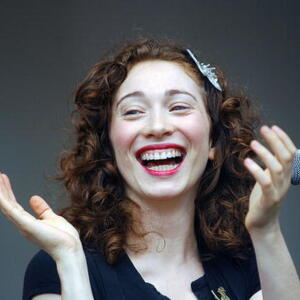