What Is Randy Travis' Net Worth?

Randy Travis was born Randy Bruce Traywick on May 4, 1959, in Marshville, North Carolina. His mother, Bobbie, worked at a textile factory, and his father, Harold, owned a construction business and was a turkey farmer, horse breeder, and substitute teacher. Randy grew up with five siblings, and his father encouraged him to pursue his interest in music. At age 8, Travis began singing in the church choir and playing guitar, and when he was 10, Randy and his brother Ricky formed the band the Traywick Brothers and performed at talent contests and local clubs. Travis dropped out of high school and was arrested several times for offenses such as burglary and auto theft. In 1975, he won a talent contest at a Charlotte nightclub called Country City USA, and the club's owner, Elizabeth Hatcher, hired him to work as a cook and let him regularly perform there. After another arrest, Elizabeth became Randy's guardian, and she also served as his manager. Travis began recording music for Paula Records in 1978 and released the singles "Dreamin'" and "She's My Woman" in 1978. In 1982, Hatcher left her husband and moved to Nashville with Travis; their relationship then turned romantic, and they married nearly a decade later.

After releasing the independent 1982 album "Live at the Nashville Palace" (under the name Randy Ray), Travis signed with the Nashville branch of Warner Bros. Records. In 1986, he released the 3x Platinum album "Storms of Life," which reached #1 on the "Billboard" Top Country Albums chart and featured the Gold singles "On the Other Hand" and "Diggin' Up Bones." Randy became a member of the Grand Ole Opry in late 1986, and he released the 5× Platinum album "Always & Forever" in 1987, followed by the 2x Platinum albums "Old 8×10" (1988) and "No Holdin' Back" (1989). Every single from "Always & Forever" reached #1 on the "Billboard" Hot Country Songs chart and the Canadian Country chart. In the 1990s, Travis released the Platinum albums "Heroes & Friends" (1990) and "High Lonesome" (1991) and the Gold album "This Is Me" (1994), and the singles "Hard Rock Bottom of Your Heart," "Forever Together," "If I Didn't Have You," "Look Heart, No Hands," and "Whisper My Name" topped the country charts in the U.S. and Canada. In 1998, he left Warner Bros. for DreamWorks Records, which released the albums "You and You Alone" (1998) and "A Man Ain't Made of Stone" (1999).

In 2000, Randy released his first Christian country music album, "Inspirational Journey," on Word Records. He followed it with the Gold albums "Rise and Shine" (2002) and "Worship & Faith" (2003). The 2002 single "Three Wooden Crosses" reached #1 on the Hot Country Songs chart. Travis returned to Warner Bros. Records for 2008's "Around the Bend," then he released the albums "Anniversary Celebration" (2011), "Influence Vol. 1: The Man I Am" (2013), and "Influence Vol. 2: The Man I Am" (2014). In 2009, he performed on Carrie Underwood's cover of his song "I Told You So," which  reached #1 on the Canadian Country chart and #2 on the Hot Country Songs chart. The Gold single also earned Randy his seventh Grammy. In 2016, he appeared in the "Forever Country" music video alongside 29 other artists in celebration of the CMA Awards' fiftieth anniversary. In 2020, Travis released the album "Precious Memories (Worship & Faith)," which was made up of songs that were recorded at Orlando's Calvary Assembly Of God Church in 2003. Randy has also released the holiday albums "An Old Time Christmas" (1989) and "Songs of the Season" (2005) and the live album "Live: It Was Just a Matter of Time" (2001). 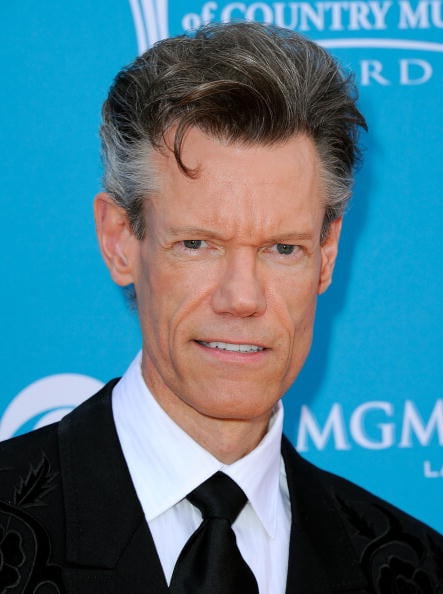 Randy married Elizabeth Hatcher, who is 16 years his senior, on May 31, 1991, and they divorced in 2010. Travis then wed Mary Davis on March 21, 2015. In February 2012, Randy was arrested for public intoxication in Sanger, Texas, and a few months later, he was arrested again after police officers found him lying in the road naked. Travis had crashed his car, and when officers tried to arrest him, he threatened their lives. Prior to being discovered by the police, Randy attempted to buy cigarettes while nude at a Tiger Mart convenience store. After being arrested, he posted $21,500 in bail, and he later filed a lawsuit to stop police dash cam video from being released to the public; a judge eventually ruled against him, and it was released in late 2017. In January 2013, Travis pleaded guilty to driving while intoxicated and was sentenced to two years' probation and a 180-day suspended jail sentence; he was also ordered to pay a $2,000 fine.

In July 2013, Randy was admitted to the hospital with viral cardiomyopathy caused by a viral upper respiratory infection. His heart stopped, and he was put into a medically-induced coma. After Travis came out of the coma, doctors realized that he had suffered a massive stroke, and his lungs later collapsed during a second coma. He was put on life support, and Mary, who was then Randy's fiancée, was told that Travis only had a 1% chance of surviving. Against all odds, Randy survived and was released from the hospital on July 31, 2013. Because of the stroke, Travis had difficulty speaking and had to walk with a cane, but by November 2014, he was learning how to write and play guitar again, and he was able to walk short distances without help. Within the next two years, Randy had recovered his voice, and he performed "Amazing Grace" at his Country Music Hall of Fame induction in October 2016. In 2017, Travis revealed that he has suffered permanent damage as a result of the stroke, such as limited speech, a disabled hand, and impacted singing ability. Randy and Mary launched The Randy Travis Foundation, which is dedicated to victims of cardiovascular diseases and strokes, and Travis wrote about his struggles in the 2019 book "Forever and Ever, Amen: A Memoir of Music, Faith, and Braving the Storms of Life." In 2019, Randy announced that he planned to return to touring, but the tour was cut short because of technical issues "related to the elaborate content of the show."

Travis has been nominated for 16 Grammys, winning seven of them: Best Country Vocal Performance, Male for "Always & Forever" (1988) and "Old 8×10" (1989), Best Country Collaboration with Vocals for "Same Old Train" (1999) and "I Told You So" (2010), and Best Southern, Country or Bluegrass Gospel Album for "Rise And Shine" (2004), "Worship & Faith" (2005), and "Glory Train" (2007). Randy has earned more than 80 nominations for his music, winning 11 Academy of Country Music Awards, 10 American Music Awards, five Country Music Association Awards, and eight GMA Dove Awards. In 1993, he received a CableACE Award nomination for Performance in a Music Special or Series for "Influences: George Jones and Randy Travis." Randy received a star on the Hollywood Walk of Fame in 2004 and a guitar on the Music City Walk Of Fame in 2008.

In 2002, Travis built a 20,000 square foot "luxury ranch" in Santa Fe, New Mexico. The home sits on 220 acres of land and includes a shooting range, bowling alley, gym, horse stables, 10 fireplaces, and a pool. Randy put the ranch on the market for $14.7 million in 2014. Randy lowered the price a number of times over the next eight years. In November of 2021 the property's sale status was changed to pending. A few months earlier the property's price had been lowered to $8.5 million. 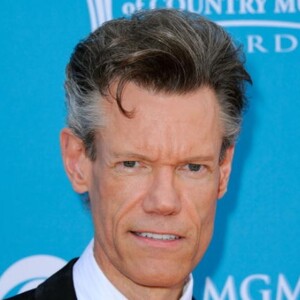