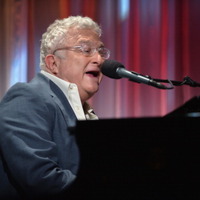 What is Randy Newman's Net Worth?

Randy Newman is an American singer, songwriter and composer who has a net worth of $50 million. Randy Newman is best known for creating such songs as "Short People," "I Love L.A.," and "You've Got a Friend in Me," which he wrote for the animated film "Toy Story." Since the 80s, he has worked primarily as a film composer, notably for such Disney animated films as "A Bug's Life," "Monsters, Inc.," and the "Toy Story" and "Cars" franchises. His other film score credits have included "The Natural," "Pleasantville," "Seabiscuit," and "Marriage Story."

Randy Newman was born on November 28, 1943 in Los Angeles, California to an extended Jewish family of Hollywood film composers. His parents were Irving, an internist, and Adele, a secretary, and he had three uncles – Alfred, Lionel, and Emil – who were all Hollywood composers. Growing up, Newman was raised in New Orleans, Louisiana; he returned with his family to Los Angeles when he was 11. There, he went to University High School, and subsequently studied music at UCLA. Newman dropped out of college with only one semester to go; he would later complete his degree at UCLA in 2021.

Newman began his professional career as a songwriter at the age of 17. He penned singles for such artists as Cilla Black, Gene Pitney, the Fleetwoods, the Alan Price Set, Dusty Springfield, Petula Clark, and Irma Thomas. Newman's songwriting work was particularly successful in the UK, where his hits included Cilla Black's "I've Been Wrong Before" and Gene Pitney's "Nobody Needs Your Love" and "Just One Smile." In the mid 60s, Newman wrote songs for the band Harpers Bizarre.

In 1968, Newman released his self-titled debut studio album. Although it failed to chart, the album was a significant critical success. A couple years later, Newman earned more praise for writing all the songs on Harry Nilsson's album "Nilsson Sings Newman." He also released his second album, "12 Songs," which was similarly well received by critics. Newman next released "Randy Newman Live"; it was his first album to make the Billboard 200. He made the chart again in 1972 with "Sail Away," and again in 1974 with "Good Old Boys," which made it all the way to number 36. In 1977, Newman had the biggest hit of his career with the album "Little Criminals," which peaked at number nine on the Billboard 200 and spawned one of his most famous singles, "Short People."

Following the success of "Little Criminals," Newman released "Born Again" in 1979. Four years later, he released "Trouble in Paradise," which launched his cult single "I Love L.A.," a song played at home games for the Los Angeles Dodgers, Lakers, and Kings. Newman subsequently began to focus more on composing for films. His next solo album, "Land of Dreams," came out in 1988. Over a decade later, in 1999, he released "Bad Love." Newman's later solo albums have included 2008's "Harps and Angels" and 2017's "Dark Matter." 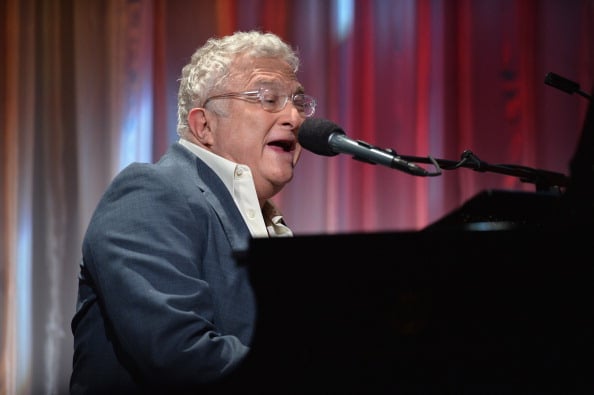 Newman began his career composing scores for television; his early credits included "Lost in Space," "Peyton Place," and "Judd for the Defense." He also co-wrote songs for various films, including "The Lively Set" and "Our Man Flint." In 1971, Newman wrote his first film score for the satirical comedy "Cold Turkey." A decade later, he returned to film to write the music for "Ragtime," for which he received two Academy Award nominations. Newman earned further nominations for his scores for "The Natural" in 1984 and "Avalon" in 1990. He also composed the scores for "Parenthood," "Awakenings," "The Paper," and "Maverick." Newman created one of his most famous soundtracks in 1995, when he wrote both the score and three original songs for the Pixar animated film "Toy Story"; he earned two more Academy Award nominations for his work. He went on to have a fruitful partnership with both Pixar and Disney, scoring multiple of the studios' films such as "A Bug's Life," "Monsters, Inc.," "The Princess and the Frog," and the first and third "Cars" films. Newman also wrote original songs for many of these titles, winning Academy Awards in 2001 and 2010 for his songs from "Monsters, Inc." and "Toy Story 3," respectively.

Beyond Pixar and Disney, Newman has written scores for such films as "Michael," "Pleasantville," "Meet the Parents," "Seabiscuit," and "Marriage Story." In total, he has received over 20 Academy Award nominations for both his scores and songs. Newman also wrote the Emmy-winning theme song to the television series "Monk," entitled "It's a Jungle Out There," and wrote another Emmy-winning song for the show's final episode.

In addition to film and television, Newman has been involved in a handful of musical theater productions. In 1995, he wrote the musical "Randy Newman's Faust," an adaptation of the Goethe play that debuted at the La Jolla Playhouse. Later, in 2010, a musical revue of Newman's songbook was performed by the Center Theatre Group in Los Angeles.

In 1967, Newman wed Roswitha Schmale, with whom he had three sons named Eric, John, and Amos. The couple eventually divorced in 1985. Five years after that, Newman married Gretchen Preece; together, they have a son named Patrick and a daughter named Alice.