Randy Houser Net Worth: Randy Houser is an American country music artist who has a net worth of $4 million. Born Shawn Randolph Houser on December 18, 1975, in Lake, Mississippi, he is a singer/songwriter who brings a thrilling new sound to country music today. The son of a musician, Randy Houser decided to follow in his father's footsteps when he moved to Nashville in 2002 to pursue a career in music.

In 2005, Randy co-wrote the song Honky Tonk Badonkadonk which became a huge hit for Trace Adkins. In 2008, he signed to Universal South Records, which released his debut album, Anything Goes, that same year. The album's title track entered the country charts reaching the #16 position, while the track "Boots On" became a Top 10 hit. His second studio album, They Call Me Cadillac, included the #31 single "Whistlin' Dixie", while his third one, How Country Feels, spawned the #54 song "In God's Time". Houser also got involved in several co-writing engagements like Back That Thing Up for Justin Moore and My Cowboy for country-pop artist Jessie James. When it comes to his private life, Randy Houser married Jessa Lee Yantz in September of 2011, and she gave birth to a baby boy one year later. 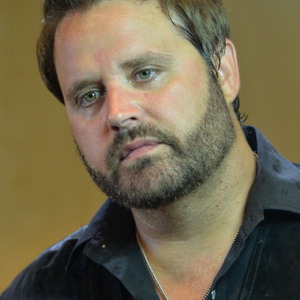