Ralph Tresvant net worth: Ralph Tresvant is an American tenor singer who has a net worth of $8 million. Ralph Tresvant has earned his net worth as one of the lead singers for the R&B group from Boston known as the New Edition. Ralph was born on May 16, 1968 in Roxbury, Massachusetts, he married Amber Serrano on September 18, 2004, and they live in Acworth, Georgia.

Tresvant is currently represented by Geffen Records and Interscope Records, he started touring with Bobby Brown and Johnny Gill in a new group named Heads of State, on September 27, 2008. He has also been very active in his solo career, where he released his third solo album Rizz-Wa-Faire, on March 7, 2006. The first single and video from the album was "My Homegirl". In October 2004 the single "Sensitivity" played on the popular R&B/Soul radio station known as CSR103, and the song was also featured on the videogame Grand Theft Auto: San Andreas. Tresvant appeared in the movie House Party 2 in 1991, where he performed the hit single 'Yo Baby Yo' this song was included on the House Party 2 Movie Soundtrack. In 1992 his hit "Money Can't Buy You Love", scored in the top three of the R&B chart. This top rated single was also part of the Mo' Money film soundtrack. 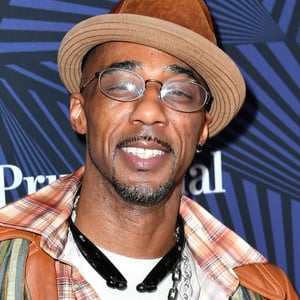