Rachelle Ferrell net worth: Rachelle Ferrell is an American singer, songwriter, record producer, and musician who has a net worth of $1.5 million. Rachelle Ferrell was born in Berwyn, Pennsylvania in May 1964. She is best known as a contemporary jazz singer but has also performed pop, gospel, R&B, and classical music. Rachelle Ferrell released her debut studio album Somethin' Else in 1990. She released her self-titled album in 1992 which reached #25 on the US R&B chart. Ferrell released the album First Instrument in 1995 which reached #3 on the US Jazz chart. She released the album Individuality (Can I Be Me?) in 2000 which reached #1 on the US Jazz chart and #71 on the Billboard 200 chart. She also released the album Live in Montreux 91-97 in 2002. Her singles "Til You Come Back to Me", "Welcome To My Love", "Nothing Has Ever Felt Like This" (featuring Will Downing), "With Open Arms", "Satisfied", and "I Forgive You" all charted on the Adult R&B or Hot R&B charts. 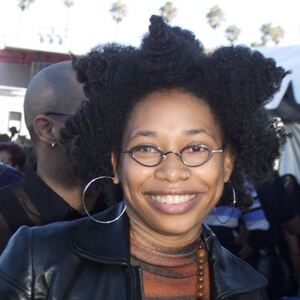