Rachelle Ann Go net worth: Rachelle Ann Go is a Filipino singer and musical theater actress who has a net worth of $4 million. Rachelle Ann Go was born in Pasig, Metro Manila, Philippines in August 1986. She released her self-titled debut studio album in 2004 which was certified 2x Platinum. She also released the albums I Care in 2006, Obsession in 2007, Falling in Love in 2009, and Unbreakable in 2011.

She started out winning singing competitions and starred in the Philippine variety show Eat Bulaga! when she was 11 years old. Go became the Grand Champion of the Search for a Star reality talent search in 2004. Rachelle Ann Go has performed in a number of musicals including starring as Ariel in The Little Mermaid, Jane Porter in Tarzan, Gigi Van Tranh in Miss Saigon, Fantine in Les Miserables, and Elizabeth Schuyler Hamilton in Hamilton. In addition to singing and acting she also plays the drums. 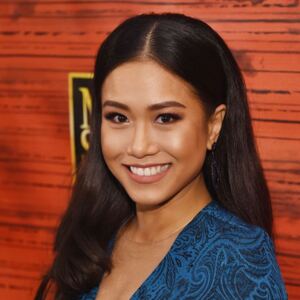