Rachel Crow Net Worth: Rachel Crow is an American singer, actress, and comedian who has a net worth of $500 thousand. Rachel Crow was born in Mead, Colorado in January 1998. She competed on the 1st season of the reality television series The X Factor and finished 5th in 2011. Crow has appeared on the TV series BrainSurge, Big Time Rush, Inside Edition, Figure It Out, and The Wendy Williams Show.

She had a recurring role on Fred: The Show in 2012 and appeared on The Office in 2013. Crow also voiced the role of Carla in the 2014 film Rio 2. Her debut self-titled studio album was released in 2012 on Syco Music/Columbia Records. The album reached #14 on the US Heatseekers chart and contained the single "Mean Girls". Crow sang her first song at 18 months old and performed in public at six in a school talent show. 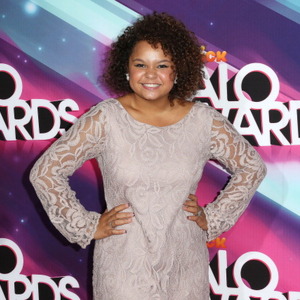