Prince Royce Net Worth: Prince Royce is an American singer-songwriter and record producer who has a net worth of $14 million. Born Geoffrey Royce Rojas on May 11, 1989, in The Bronx, New York, US, he gained worldwide stardom thanks to his two hit singles, "Stand by Me" and "Corazón Sin Cara.

Since music caught his interest at an early age, Royce had been already experimenting with tunes and writing poetry in his teens. By the time he turned nineteen, Royce met his future manager Andrés Hidalgo, the founder of 2Strong Entertainment. Actually, it was Hidalgo that introduced Royce to Sergio George, who immediately signed him to his independent label, Top Stop Music. In March of 2010, Royce saw the release of his eponymous debut studio album, the one that spawned his breakthrough hits "Stand by Me" and "Corazón Sin Cara. Both singles topped the Billboard Tropical Songs chart, while the latter also reached number-one on the US Hot Latin Songs chart. The album, which was chart-topping itself, won three awards at the Billboard Latin Music Awards in 2011, including Tropical Album of the Year. In 2012, Royce released his second studio album, Phase II, which was followed by a hits compilation album entitled "#1's". 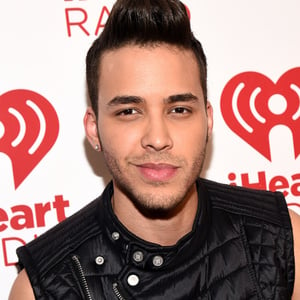