Wagoner introduced Dolly Parton in 1967 and the two become a vocal duo. Wagoner had 81 singles reach the charts from 1954 to 1983. In 2002 he was elected to the Country Music Hall of Fame. Wagoner had #1 singles with the songs "A Satisfied Mind" and "Misery Loves Company". His single "Please Don't Stop Loving Me" with Dolly Parton also reached #1. Wagoner won three Grammy Awards for gospel recordings. He starred in the television series The Porter Wagoner Show from 1960 to 1981. Porter Wagoner passed away on October 28, 2007 at 80 years old from lung cancer. 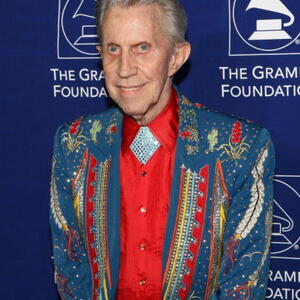