PJ Harvey Net Worth: PJ Harvey is an English musician and writer who has a net worth of $3 million. PJ Harvey – or Polly Jean Harvey, was born in October of 1969 and is best known for her wide-spread talent base. She plays multiple instruments, has written many of her songs, writes poems and compositions, and has even worked as a professional artist. However, she is most often noted for her vocals and as a guitarist. Harvey began her interest in music while in middle school. It was then that she began learning various instruments, as well as learning to write and sing various genres of songs. Since then she went on to play with various bands and recording eight albums, the first of which was released in 1992. Throughout her career, Harvey has been romantically linked to various musicians. In the early 90s she dated drummer Joe Dilworth, and she dated Nick Cave from 1996 until 1997. Their breakup inspired Cave's album, The Boatman's Call. Though she has yet to marry, she has publically stated that she would like to have children, but would not do so without finding "someone I wanted to spend the rest of my life with." 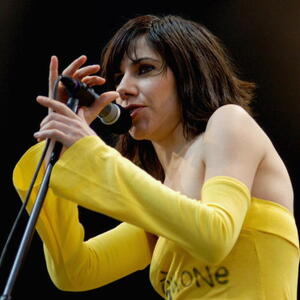