Pixie Lott Net Worth: Pixie Lott is an English singer/songwriter and actress who has a net worth of $3 million dollars. Born Victoria Louise Lott on January 12, 1991 in Brentwood, Essex, England, she is best known by the nickname Pixie, given to her by her mother because of Victoria's tiny, cute, fairy-like appearance.

Lott began her singing career in church as a child and later attended an arts school. At the age of 15, she sang for record executive L.A. Reid after he heard a couple of her demos. Reid signed her to the Island Def Jam Music Group's label. She soon changed managers and, after a bidding war, parted ways with Island Def Jam to sign with Mercury Records in the U.K. and Interscope Records in the U.S. By 2007 she also had a publishing and songwriting deal with Sony/ATV Music Publishing. Lott's debut single Mama Do was released in June of 2009 and spent one week at number one, eleven weeks within the top forty and eighteen weeks within the top seventy-five. By 2011 Lott had also signed a deal with Select Model Management, a London-based modeling agency. She cites her musical influences as Mariah Carey and Whitney Houston in terms of shaping her singing style. Lott has been romantically linked to fashion model Oliver Cheshire. 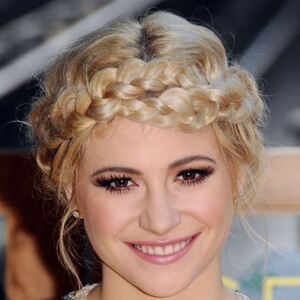