What is Pink's Net Worth?

Pink is an American singer and songwriter who has a net worth of $200 million. She is one of the world's best-selling artists, with over 90 million records sold worldwide.

Pink has consistently been one of the highest-paid singers on the planet every year since she stepped on the scene. Outside of music, Pink has earned millions by endorsing for companies such as T-Mobile, Sony Ericsson, VW, CoverGirl, Polo and more.

Alecia Beth Moore was born in Doylestown, Pennsylvania, on September 8, 1979. She is best known by the stage name Pink, stylized as P!nk. Her parents divorced before she was ten. She attended Central Bucks High School West, and it was while in high school that she joined her first band, Middleground. They disbanded after losing a battle of the bands competition. She began performing in clubs in Philadelphia when she was fourteen years old, and it was around this time that she adopted the stage name Pink, taken from a nickname given to her because she would always turn pink when blushing.

She initially auditioned for and joined the all-female group Basic Instinct when she was fourteen. They disbanded two years later without releasing any material, and she later formed the R&B group Choice along with Sharon Flanagan and Chrissy Conway. They signed a record deal with L.A. Reid and LaFace Records and recorded an album, but disbanded in 1998 before the album was released.

After her group Choice disbanded, Pink signed a solo recording contract with LaFace Records. Her debut single "There You Go" (February 2000) was also her first top-ten hit, peaking at No. 7 on the Billboard Hot 100 chart. Her debut album "Can't Take Me Home" was released in April 2000. It also enjoyed commercial success, peaking at No. 26 on the Billboard 200 chart and eventually being certified double platinum by the RIAA. Thanks to her successful debut, she won Female New Artist of the Year at the 2000 Billboard Music Awards. In 2001, Pink collaborated with Christina Aguilera, Mya and Lil' Kim on the cover single "Lady Marmalade." The single was highly successful, and its music video won the MTV Video Music Award for Video of the Year. The song also won a Grammy Award for Best Pop Collaboration with Vocals.

Pink's second album "Missundaztood" (November 2001) showcased a new sound, shifting away from the cookie cutter pop act she had previously embodied. She had worked with Linda Perry, and exercised more creative control over the material. Despite her record label being unenthusiastic about the change, "Missundaztood" was wildly successful. It was the eighth best-selling album of 2002 in the world, winning her a World Music Award for Best Selling American Pop/Rock Female Artist. She was also nominated for two awards at the 45th Grammy Awards, and as of April 2020 it remains her best-selling with over 13 million copies sold globally. 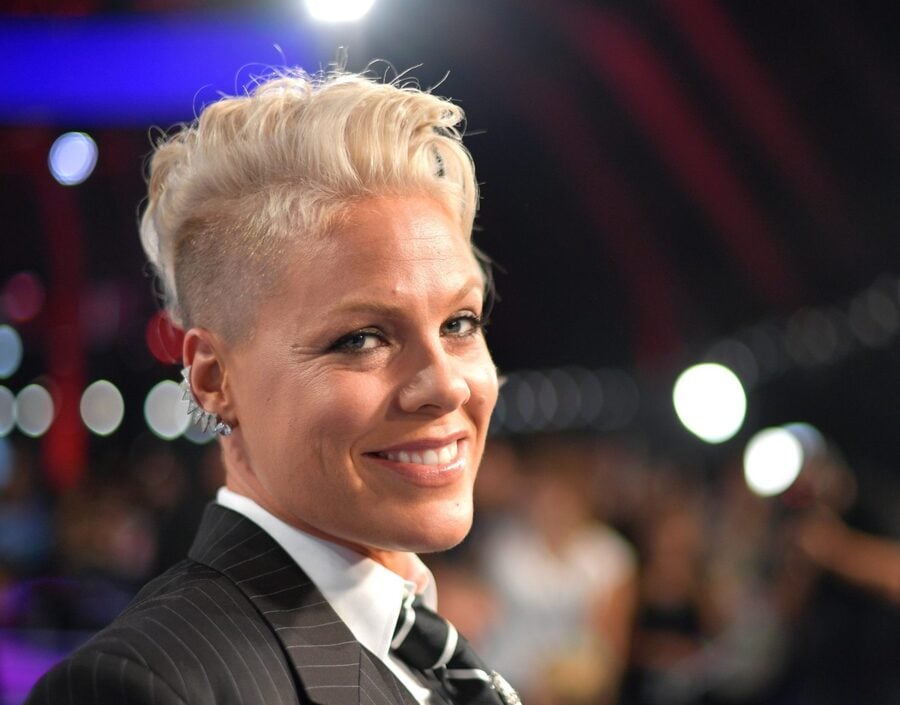 Pink's subsequent releases include "Try This" (2003), featuring the single "Trouble" which won Best Female Rock Vocal Performance at the 46th Grammy Awards; "I'm Not Dead" (2006), which had the single "Stupid Girls" that was nominated for a Grammy for Best Female Pop Vocal Performance; "Funhouse" (2008), which was certified eleven times platinum by the RIAA; compilation album "Greatest Hits… So Far!" (2010); "The Truth About Love" (2012), which was the world's sixth best-selling album in 2012; "Beautiful Trauma" (2017), which was nominated for a Grammy for Best Pop Vocal Album; and "Hurts 2B Human" (2019).

Other notable singles and collaborations she has released include "Just Give Me a Reason" (2013) featuring Nate Ruess; "Just Like Fire" on the soundtrack of the movie "Alice Through the Looking Glass" (2016); and "A Million Dreams" on the soundtrack of the movie "The Greatest Showman" (2017). Pink is known for her powerful voice and daring live performances that often feature acrobatic elements, particularly an act where she performs a form of aerial silks. She is also noted for her eclectic fashion sense, for breaking boundaries and challenging the music industry during her career, and finding a way to create her own sound and voice.


Pink first met motocross racer Carey Hart in 2001. The couple married in 2006 after Pink proposed to Carey during one of his motocross races in 2005, and they have two children together.

For many years Pink and Carey's primary residence was a large mansion in a gated community in the Point Dume area of Malibu. They sold the 8,000 square foot house in 2016 for $12.5 million after buying it in 2010 for $11.85 million.

After selling in Malibu, the family moved up to their 200+ acre ranch in the Santa Ynez valley (near Santa Barbara). They bought this particular property in 2013 for $12 million. The property features 25-acres of vineyards which the couple have used to launch a wine called Two Wolves.

In June 2021, Pink paid $13.7 million for an oceanfront home in Malibu. Back in 2012 a previous owner bought this home from singer Barry Manilow for $5.5 million. For some reason, Pink and Carey listed the home just three months later for a tad under $15 million. Here's a video tour for the October 2021 listing: 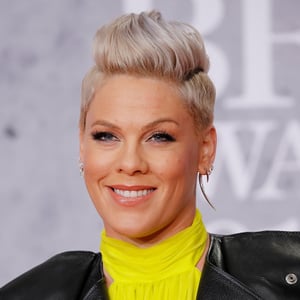