Pia Toscano net worth: Pia Toscano is an American singer who has a net worth of $650 thousand. Pia Toscano has earned her net worth from placing ninth on the tenth season of American Idol. Toscano was born on October 14, 1988, and grew up in Howard Beach, New York. She is of Italian descent, and she began performing in talent shows when she was four, and at the age of nine, Pia performed in a local church production of Jesus Christ Superstar.

She was the official National Anthem singer at her middle school; she graduated in 2006 from LaGuardia High School of the Performing Arts in New York City. For the last three years she has sung the National Anthem and "God Bless America" for the Brooklyn Cyclones, the Mets' minor league team, she was also the winner of the New York Mets annual "Anthem Search". This competition was held in 2008 and Toscano performed the National Anthem at a July 2008 game. Pia was an opening act for the Bare-naked Ladies and she also performed at Madison Square Garden with Josh Groban. Before her appearance on American Idol Toscano worked as a make-up artist and as a wedding singer in a band called "Current Affair". Some of her musical influences include; Mariah Carey, Whitney Houston, Celine Dion, Etta James and Luther Vandross. In 2011 she has appeared on several talk shows such as; The Tonight Show with Jay Leno on April 8, on April 11 on Live with Regis and Kelly, April 12 The Today Show, and on April 14 The Ellen DeGeneres Show. On the April 26, 2011 episode of Dancing with the Stars, Pia sang "I'll Stand by You", and on May 25 she appeared on Rachel Ray. Pia performed on the 2011 American Idols LIVE! Tour, Her first single "This Time" was released on July 13. 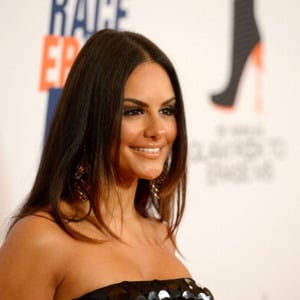