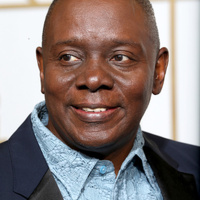 Philip Bailey net worth: Philip Bailey is an American singer, songwriter, musician, and actor who has a net worth of $4 million dollars. Philip Bailey was born in Denver, Colorado and graduated from East High School in the late 60s. While in college, he was invited to join the group, Earth, Wind, and Fire. He has continued to perform with them to this day, and sang lead on a number of their hit songs, including, "Devotion", "Reasons", and "I've Had Enough". His third solo album, "Chinese Wall", spawned the hit duet, "Easy Lover", which he recorded with Phil Collins in 1984. In addition to his successful R&B and pop career, he has also recorded a number of successful gospel albums and duets, including, "I'll Be Thinking of You" with Andrae Crouch and "They Say" with Deniece Williams. He has released 12 solo albums to date in a range of styles, including jazz, R&B, and gospel.