Phil Keaggy Net Worth: Phil Keaggy is an American acoustic and electric guitarist and vocalist who has a net worth of $3 million. Phil Keaggy was born March 23, 1951 in Youngstown, Ohio. He has released more than 50 albums in both contemporary Christian music and mainstream markets. He is a seven-time winner of the GMA Dove Award for Instrumental Album of the Year and was twice nominated for a Grammy Award for Best Rock Gospel Album.

He has frequently been listed as one of the world's top-three "finger-style", as well as "finger-picking", guitarists by Guitar Player Magazine readers' polls. As a youth, Keaggy spent hours listening to artists the likes of Johnny Ray and Elvis Presley and began imitating Elvis at the age of four. Keaggy was also drawn to other kinds of music and became well-versed in classical. His first guitar was a late-'50s Gretsch Anniversary model and at age ten his father bought him a Sears Silvertone. Three years later, Keaggy was playing professionally with the Squires. Keaggy and longtime friend and drummer John Sferra founded Glass Harp in the late '60s when Keaggy was in the eleventh grade and they soon became known as one of the most innovative power trios around. The group did land a contract with Decca, toured the country several times and had a growing fan base. Keaggy's lightning-fast guitar riffs and experimental sounds riveted their audiences. At their peak, Glass Harp was opening for such major acts as Iron Butterfly, Yes, Traffic and Chicago. Keaggy did his share of drugs during those times in the '60s and his life changed dramatically on February 14, 1970: while lying in a hotel room, suffering from a bad LSD trip, his parents were involved in a head-on auto crash in Ohio and his mother died soon afterward. This spawned some soul-searching for Keaggy which led to becoming a born-again Christian. In the early '70s, Keaggy even took to testifying before bewildered Glass Harp listeners after their concerts.

He left Glass Harp in 1972 and the following year recorded his first solo album, What a Day. He then spent many years working with a Christian fellowship. Since then, Keaggy has released well over 30 albums, earning critical acclaim for both his virtuosity on guitar and his songwriting. He occasionally gets back together with the other members of Glass Harp for reunion concerts and continues to release solo projects. 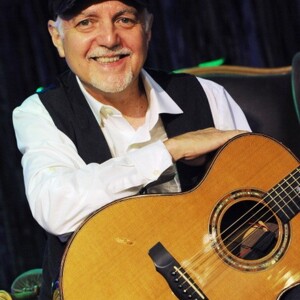