Phil Jamieson net worth: Phil Jamieson is an Australian singer, songwriter, and musician who has a net worth of $4 million. Phil Jamieson was born in Hornsby, New South Wales, Australia in April 1977. He was a founding member of the rock band Grinspoon and served as their singer and guitarist. The band formed in 1995 and released their debut studio album Guide to Better in Living which reached #11 in Australia.

Grinspoon's albums Easy in 1999, Thrills, Kills & Sunday Pills in 2004, and Six to Midnight in 2009 reached #4 in Australia and their albums New Detention in 2002 and Alibis & Other Lies in 2007 both reached #2 in Australia. The band also released the album Black Rabbits in 2012. Jamieson co-wrote tracks for the band Unwritten Law and DJs using the name 2ManyPJs. In 2005 he won the Best Male Performer award at the Jack Awards sponsored by Jack Daniel's. 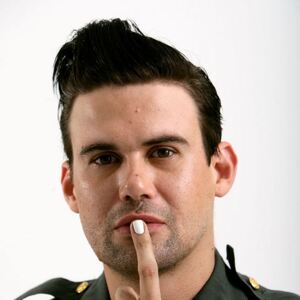