The Everly Brothers were among the inaugural inductees into the Rock and Roll Hall of Fame. By 1962, the brothers had earned $35 million from record sales alone. Over the years, their music was covered by hundreds of high profile artists. The brothers bitterly fought each other both on and off stage. The most famous fight occurred in 1973 during a performance at Knotts Berry Farm in Buena Park, California. Don supposedly showed up to the concert drunk which infuriated Phil. Don smashed his guitar on the stage and infamously proclaimed "I'm done being an Everly Brother!". After this blowout, the brothers did not speak to each other for more than a decade. The stand off was only broken one time, at their father's funeral. Throughout the 70s and 80s both brothers released solo albums. A few reunion shows were organized over the years but their relationship remained fairly strained. Phil Everly died on January 3, 2014 at a hospital in Bubank, California from complications due to chronic obstructive pulmonary disease. He was 74 years old. 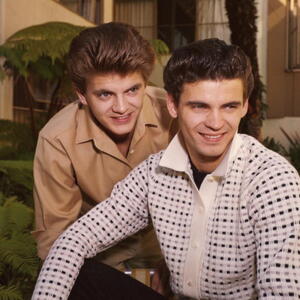