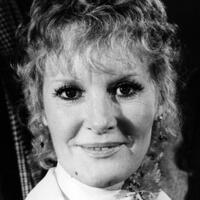 Petula Clark net worth: Petula Clark is a British actress, singer, and composer who has a net worth of $10 million dollars. Born in Epsom, Surrey, England, Petula Clark began singing when she was a child, and had her first professional job when she was nine, when a chance encounter led to 500 gigs singing for the troops during World War II. By the time she graduated from high school, she was working as a singer and actress steadily. She went on to appear in such films as, "Medal for the General", "Vice Versa", "Easy Money", "Dance Hall", "Made in Heaven", "Finian's Rainbow", and "Goodbye, Mr. Chips". She also enjoyed a successful music career as both a singer and composer, and has had hit songs in English, Spanish, Italian, German, and French. She had fifteen consecutive Top 40 hits in the United States, including her signature track, "Downtown", and has starred in her own variety programs in both the US and the UK.