Peter Wolf net worth: Peter Wolf has rocked and rolled his way to a healthy net worth of $8 million. The New Yorker was the frontman of J. Geils Band and he had a successful solo career spanning almost twenty years. Wolfe was once married to film legend Faye Dunaway. Initially Wolfe set out to be an artist but diverted to the world of radio.

He became a disc Jockey in the late 1960s for Boston FM, where he became interested in rhythm and blues. The rocker later joined the group called the Hallucinations, performing with rhythm and blues legends Muddy Waters, Van Morrison and John Lee Hooker. Wolfe left the group to join J. Geils Band in the late 1960s. Due to differences of opinion, Wolf left the band in 1983 and became a successful solo artist. His single Lights Out (from the 1984 album with the same name) peaked at number 12 on the Billboard Hot 100 and he had recorded duets old timers, like Athena Franklin and Wilson Pickett. His albums, Fool's Parade (1998) and Sleepless (2002), featuring Mick Jagger and Keith Richards, received raving reviews from Rolling Stone magazine. Sleepless was rated one of the greatest albums of all time by the music magazine. His 2010 album, Midnight Souvenirs, won the Album of the Year at Boston Music Awards. 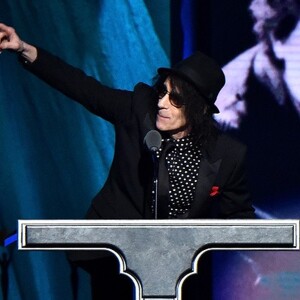