Peter Noone Net Worth

in Richest Celebrities › Singers
Peter Noone Net Worth:
$3 Million

Peter Noone Net Worth: Peter Noone is an English singer-songwriter, guitarist, pianist and actor who has a net worth of $3 million. He is best known for being a member of the 1960s pop group Herman's Hermits. Born Peter Blair Denis Bernard Noone on November 5, 1947 in Manchester, England, he attended St.

Bede's College and Stretford Grammar School in Manchester. Blessed with artistic talents, he went on to study voice and drama at Manchester School of Music. As a student he played in a number of TV projects, the most notable of which is the soap opera "Coronation Street". He soon took part of the local rock band, The Heartbeats, before joining Herman's Hermits. With the Hermits, he saw the release of 16 studio and live albums along with over 60 million records sold worldwide. Some of their most popular tracks include "I'm into Something Good", "Mrs. Brown", "You've Got a Lovely Daughter", "A Must to Avoid", and "I'm Henry VIII, I Am". Popular as they were at the time, the Hermits also landed appearances in such productions as "Pop Gear", "Mrs. Brown, You've Got A Lovely Daughter", "Hold On!", and "When The Boys Meet The Girls". However, they had gone through some legal disputes over talent fees which eventually led to band's dissolution in 1971. Since, Peter Noone launched his solo career that became marked by several chart-topping hits like "Oh! You Pretty Things" and "Meet Me on the Corner Down at Joe's Café".Throughout the 80s, he also performed in theatrical productions of "Aladdin", "Dick Wittington", 'Sinbad and "The Pirates of Penzance". He soon translated his success on stage to television appearing in "My Two Dads", "Married With Children", "Quantum Leap" and the CBS drama, "As The World Turns". Furthermore, he appeared on American Idol in 2007 as a mentor for male contenders. Noone, a multi-talented and passionate artist, continuously entertains audiences.

He even reformed his group, Herman's Hermits, making them perform in various retro tours. 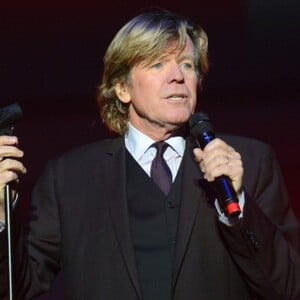