Peter Mayes net worth: Peter Mayes is an Australian musician and producer who has a net worth of $2 million. Peter Mayes is known for being a leading member of the dance act Pnau. Pnau consists of Mayes on guitar and Nick Littlemore on vocals. Their debut album Sambanova was released in 1999.

Pnau has also released the albums Again in 2003, Pnau in 2007, and Soft Universe in 2011. Their 2012 album Good Morning to the Night (Elton John vs Pnau) was released in 2012 and reached #1 in the UK. Pnau's side project Empire of the Sun was produced and engineered by Mayes who also mixed the albums Walking on a Dream and Ice on the Dune. Mayes has also worked with artists such as Mika, The Killer, Karen O, Sia, Ellie Goulding, Electric Youth, ESG, and Lindsey Buckingham. 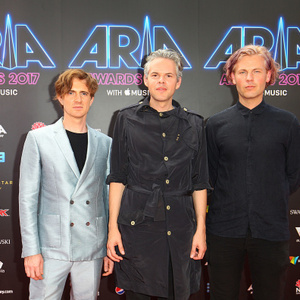