Pete Burns net worth: Pete Burns was a British singer-songwriter who had a net worth of -$250 thousand at the time of his death in 2016. He was best-known for being the lead singer of the band Dead or Alive.

Born in Port Sunlight, Wirral, United Kingdom, Pete Burns first rose to fame as the founder and lead singer of the band, Dead or Alive. The group is most widely recognized for their hit single, "You Spin Me Round (Like a Record)", released in 1985. He is known for his continually shifting appearance due to multiple plastic surgeries and tattoos. After largely disappearing from the spotlight during the 90s, he re-emerged in the mid-2000s appearing on "Celebrity Big Brother" in 2006. His time on the show was met with much controversy.

He was married to hairdresser Lynn Corlett from 1978 to 2006. He then married his boyfriend in July of 2006. He has since appeared on "Celebrity Wife Swap" and his own show, "Pete's PA". He released one solo single in 2010, but has not released anything else to date. Pete was known for drastically changing his physical appearance through surgeries. He eventually admitted to having undergone more than 300 surgical procedures on his face alone.

Death and Estate: Unfortunately Pete Burns died on October 23, 2016 at the age of 57 after suffering from cardiac arrest. In the years leading up to his death, Pete experienced a number of legal and financial issues. He was declared bankrupt in 2014. A year later he was reportedly evicted from an apartment after not paying $40,000 worth of rent. At the time of his death, Burns' estate was approximately $250,000 in debt. 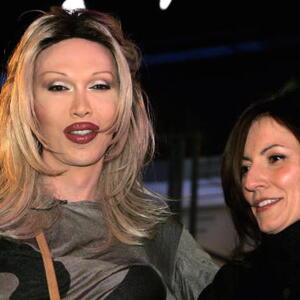