Perry Como net worth: Perry Como was an American singer and television personality who had a net worth of $40 million at the time of his death. Perry Como was born in Canonsburg, Pennsylvania in May 1912 and passed away in May 2001. His career spanned more than 50 years and sold millions of records with the RCA Victor label.

He actually sold so many records that he asked the record company to stop counting. Como hosted a weekly musical variety TV series. From 1955 to 1959 he won five Emmy Awards, a Peabody Award, and a Christopher Award. In 1959 he signed a deal with NBC that would pay him $1.2 million per year which is roughly $10 million today after adjusting for inflation. Como received a Kennedy Center Honor in 1987 and was inducted into the Academy of Television Arts & Sciences Hall of Fame in 1990. In 2002 he posthumously received the Grammy Lifetime Achievement Award and he has stars on the Hollywood Walk of Fame for television, radio, and music. Perry Como was described by Bing Crosby as "the man who invented casual". Perry Como passed away on May 12, 2001 at 88 years old. 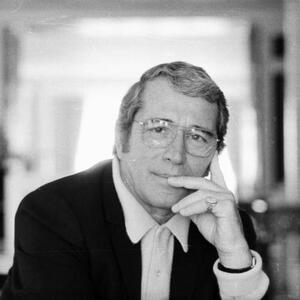