Per Gessle Net Worth

in Richest Celebrities › Singers
Per Gessle Net Worth:
$150 Million

Per Gessle Net Worth: Per Gessle is a Swedish pop singer-songwriter and musician who has a net worth of $150 million. He is probably best-known for being half the duo Roxette which sold tens of millions of albums worldwide.

Per Gessle was born in Halmstad, Sweden in January 1959. Gessle plays guitar and harmonica and is the lead singer of the Swedish pop group Gyllene Tider. He also formed the group Roxette with Marie Fredriksson. Per Gessle was the chief songwriter for both bands. Gyllene Tider formed in 1976. Their self-titled debut studio album was released in 1980. The band released four albums by 1984 and later reformed and released albums in 2004 and 2013. Five out of their six albums reached #1 in Sweden and their 2004 album Finn 4 fel! was certified 3x Platinum while their 2013 album Dags att tanka pa refrangen was certified 2x Platinum. Their most widely recognizable song is "Sommatider".

Roxette was a Swedish pop rock duo who formed in 1986. They had 19 UK Top 40 hits including the #1 singles "The Look", "Listen to Your Heart", "It Must Have Been Love", and "Joyride". Roxette has sold an estimated 60 million records worldwide including 10 million in the US, UK, and Germany. Seven of their nine albums reached #1. Per Gessle has also released seven studio albums including four straight #1 albums in Sweden. His 2003 album Mazarin was certified 5x Platinum in Sweden as well. 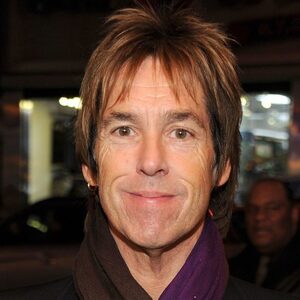