Pebe Sebert net worth: Pebe Sebert is an American singer and songwriter who has a net worth of $3 million. Pebe Sebert was born in Michigan City, Indiana in March 1956. She is the mother of pop artist Kesha. She plays the piano and guitar and her musical styles include pop, country, and pop rock.

Sebert's single "If I Was An Angel" was featured on the album She Left Me For Randolph in 2004. She appeared in episodes of the TV series The Simple Life in 2005 and Kesha: My Crazy Beautiful Life in 2013. Pebe Sebert has worked with Kesha frequently and has written #1 hit songs for Dolly Parton and Pitbull as well as Kesha. She has also written songs for or with Miranda Cosgrove, Miley Cyrus, and many other artists. Pebe Sebert has written or co-written Kesha songs including "Animal", "Learn to Let Go", "Cannibal", "Stephen", "Your Love Is My Drug", and more. In 2010 she won a BMI Pop Music Award for "Your Love Is My Drug" by Kesha. Sebert was previously married to Hugh Moffatt. 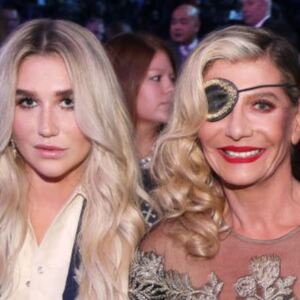