Peaches net worth: Peaches is a Canadian electronic musician and performance artist who has a net worth of $3 million. Peaches was born in Toronto, Ontario, Canada in November 1968. She is known for her songs that disregard traditional gender norms and her use of sexually explicit lyrics. Peaches released her debut studio album Fancypants Hoodlum in 1995.

She released the album The Teaches of Peaches in 2000. Her 2003 album Fatherfucker, 200 album Impeach By Bush, and 2009 album I Feel Cream all reached #5 on the US Dance charts. Peaches released the album Rub in 2015. Her single "Shake Yer Dix" reached #1 on the UK Dance charts. Peaches has also had success with the singles "Set It Off", "Kick It" (featuring Iggy Pop), "Downtown", and "Lose You". She has also collaborated with artist such as Pink, Chicks on Speed, Christina Aguilera, and Major Lazer. In 2010 Peaches won an Independent Music Award for Electronic Artist of the Year. 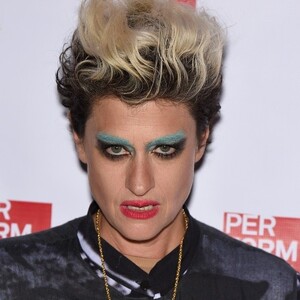