Paula DeAnda net worth: Paula DeAnda is an American pop singer and actress who has a net worth of $500 thousand. Paula DeAnda was born in San Angelo, Texas, and began studying piano and voice when she was in elementary school. When she was in her early teens, her family relocated to Corpus Christi, Texas, in order to take advantage of the busy music scene there. After building a fan base in the Southwest, and opening for acts such as Nelly and Baby Bash, her first single, "Doing Too Much", found its way to Clive Davis. She was invited to sing for him, and he signed her to a seven-album deal with Arista Records. Her first studio album, "Paula DeAnda", was released in 2006 when she was 16. It spawned the hit single, "Walk Away (Remember Me)". She parted company with Arista Records a few years later, and began releasing independently recorded tracks and covers. In 2014, she auditioned for the 6th season of "The Voice", and chose to join Blake Shelton's team. 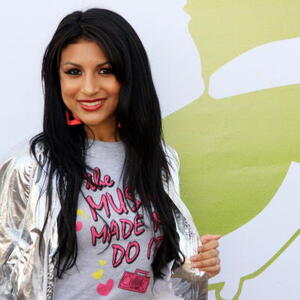