Paul Young Net Worth: Paul Young is an English musician who has a net worth of $10 million. Paul Young was born in Luton, Bedfordshire England, United Kingdom in January 1956. As a youth Paul played bass guitar in several bands. He became the lead singer for the band Kat Kool & the Kool Kats.

Next he joined the group Streetband. The band had a top 20 hit in the UK with "Toast" but disbanded in 1979. Members of the Streetband went on to form the band Q-Tips in 1979. In 1982 Young became a solo artist and signed with Columbia records. His backing band was known as The Royal Family. Young's debut studio album No Parlez was released in 1983 and went 3x Platinum in the UK. The album peaked at #1 in the UK, Austria, Germany, the Netherlands, Sweden, and Switzerland. Young's second album The Secret of Association went 2x Platinum in the UK and also reached #1 in the UK, the Netherlands, and Sweden. Young released a total of eight solo studio albums with his latest coming in 2006. Young became a 1980s teen idol and had hits such as "Love of the Common People", "Come Back and Stay", "Where I Lay My Hat", "Oh Girl", and "Everytime You Go Away". He won the Best British Male award at the 1985 Brit Awards. He also formed the band Los Pacaminos in 1993. 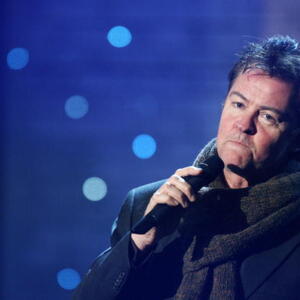